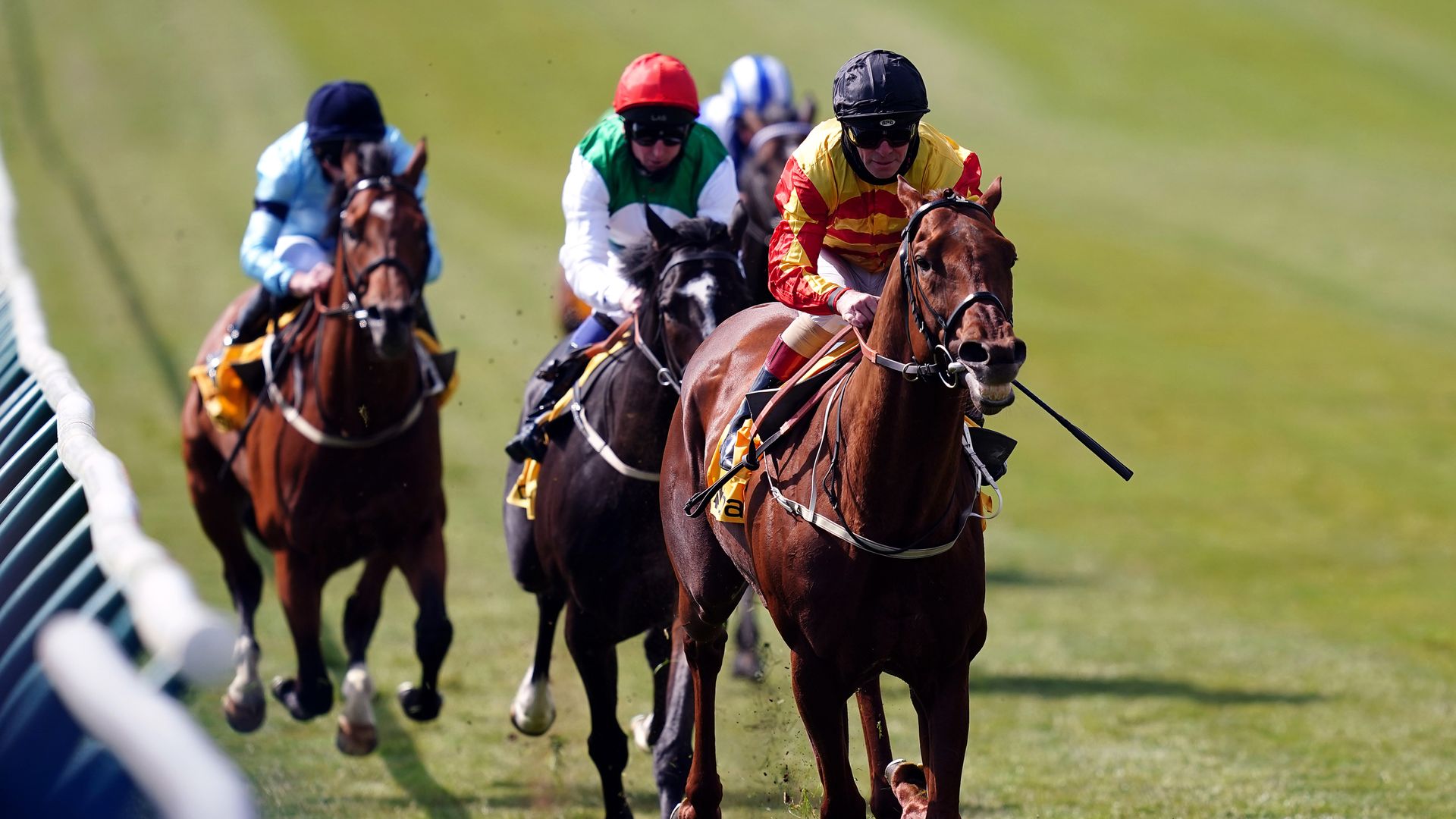 Sir Ron Priestley has opened up a number of exciting options to make every yard run to clinch the stakes at the Betfair Exchange Jockey Club in Newmarket.

Second at the 2019 St Leger after Logician, five-year-old Mark Johnston was forced to miss all of 2020 due to injury.

He returned to action at Nottingham recently with a strong Listed victory and took an early lead under Franny Norton, where he was followed by his teammate Thunderous.

Pyledriver – third in last year’s Leger – was sent off from the 15-8 joint favorite with the winner and became the biggest threat in the finals.

Martin Dwyer pushed him to challenge and he briefly looked like he had Sir Ron Priestley fight for it, but when Pyledriver started to run under the pressure, Johnston’s raider again kicked of foot to gain two and a quarter lengths in an impressive way.

Paddy Power cut the winner to 8-1 to 10 for the Gold Cup at Royal Ascot – but another goal could be on the agenda in the flagship fixture.

Assistant coach Charlie Johnston said: “Considering what he did at the age of three, and largely because of who his (subjectivist) brother is, we’ve spent most of the time. winter to think he was going to become a Cup horse this year.

“The extra flight was a stepping stone to the Yorkshire Cup and the Ascot Gold Cup – it’s definitely the plan we had in mind to go to Nottingham.

“The way he traveled and recovered in Nottingham got us thinking a bit and on the back of that we made the entry here and into the Hardwicke at Royal Ascot.

“Today was a great opportunity to find out what we should be aiming for for the rest of the year.

“In a small field on a trail like this there would be no excuses and we were going to get out of here either knowing that it was not good enough for this trip and that we had to go back to the plane. Has to be a stayer, or the outcome we have had.

“He’s not in the Coronation Cup which is a bit of a frustration in hindsight. The Yorkshire Cup and the Hardwicke will be the next two places, I would have thought.

“This result certainly means in the short term he will be able to stay away from his brother. I wouldn’t rule out that they meet at Goodwood later.”

On his injury issues, he added: “He had a suspensory ligament problem in the spring of last year and we were trying to bring him back for the Long Distance Cup at Ascot in the backend.

“Then he fractured his pelvis around September. These were two unrelated injuries, but combined it kept him from running for over 18 months.

“The next 24 hours are always nerve-racking with a horse with a story like this, so fingers crossed.”