Fortnite players have just fallen into season 6 of the hit video game.

With a Halloween theme called “ Darkness Rises, ” the new season, in addition to its map and storyline changes, will once again offer an all-new Battle Pass for players.

Here’s everything you need to know about the new Fortnite Season 6 Battle Pass, along with its new trailer and information about the game itself. 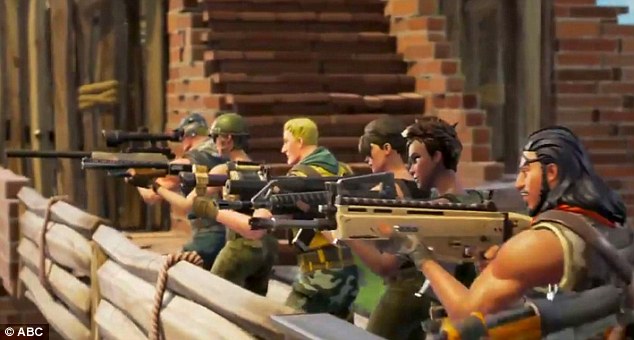 The new Fortnite Season 6 Battle Pass trailer was uploaded to Epic Games’ social media accounts on September 27, offering a preview of what it has to offer players.

Season 6 is coming to Battle Royale and bringing new goodies!

Find out what’s in the new Battle Pass, explore an updated island with pets, and become one with the shadows with a new consumable.

‘Take part in the Cram Session mini-event in Save the World and learn about a new enemy that has appeared since the storm.’

WHAT ARE FORTNITE COMBAT PASSES?

Fortnite offers its players new powerful weapon upgrades and new outfits as rewards, some of which can be earned by completing challenges.

But the rarest loot in the game comes from the optional Premium Battle Passes, which grant players higher quality items for each season’s reward tiers.

None of the prizes impact your odds in the game, as they are purely cosmetic.

However, it’s also possible to individually purchase each season’s reward tiers for 150 V-Bucks, which unlocks their game immediately.

According to Forbes, a number of new skins are now available for Season 6 and are usually tied to a Halloween theme.

Two of the possible skins seen in the teaser image on Epic Games’ social media accounts have indeed been confirmed as implemented in the new season.

The cowgirl skin was revealed as Calamity, a likely reference to the legendary 19th century pioneer Calamity Jane. The DJ themed skin with robotic llama helmet was also revealed as DJ Yonder.

The new Dire skin is certainly one of the more popular skins, which morphs into a snarling werewolf, much like the shapeshifting Ragnarok skin from Season 5.

In addition to the many new cosmetic skins introduced for Season 6, a number of other rewards have also been introduced with the new Battle Pass.

The most notable addition to the game is the pets, which would be referred to as Scales, Camo, and Bonesy. Described as “ passive companions, ” they will not give players any competitive advantage, but rather serve as fun companions that can accompany players during play.

In addition, the other rewards also include three pickaxes, five emotes, four back blings, four gliders, 14 sprays, and more.

Gamespot has compiled a comprehensive visual list of all the new Battle Pass skins and rewards here.

Fortnite is a free-to-play action-shooter video game that currently has a player base of around 125 million people.

Developed and published by Epic Games, the game was released in July 2017, while its hugely popular battle royale mode was introduced in September 2017. The mode features 100-player clashes that blend traditional shooter gameplay with in-game elements. survival and fortress building.

The game was released on Android recently in August 2018 and is also currently available to play on PlayStation 4, Xbox One, Nintendo Switch, Windows, MacOS, and iOS.

In addition to the upcoming sixth season, Fortnite players also recently learned the good news that Sony has decided to allow cross-console gaming with other platforms, starting with an open beta of Fortnite on PlayStation. 4 launched on September 26.