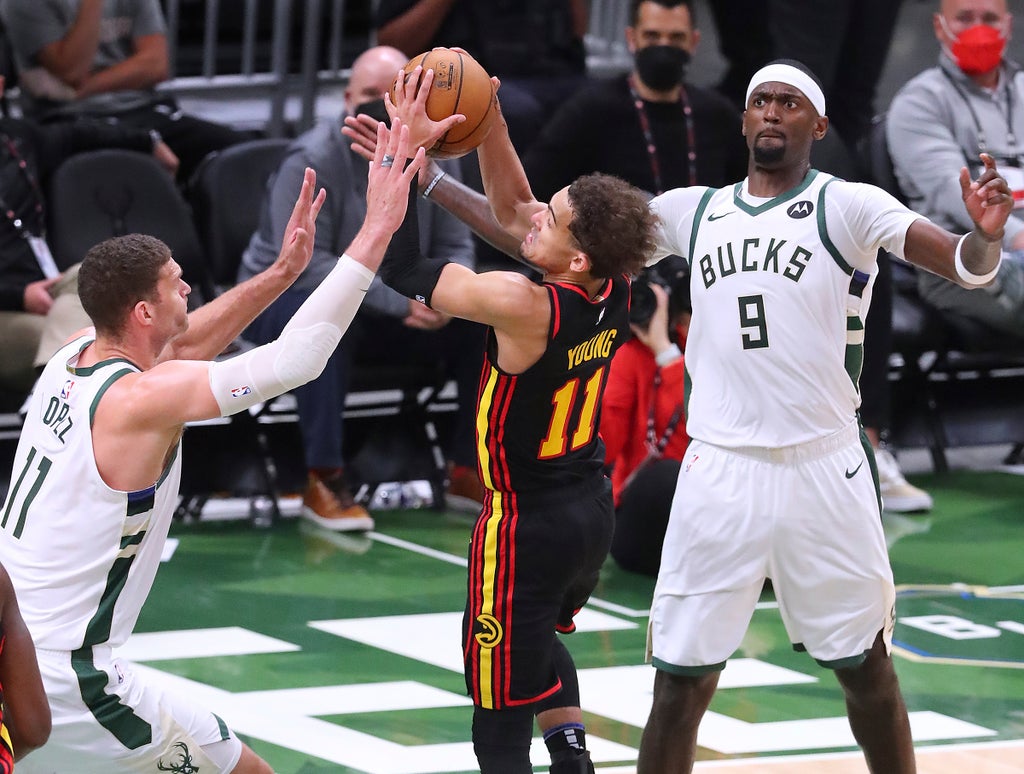 Giannis Antetokounmpo scored 25 points to lead the Milwaukee Bucks to a landslide 125-91 victory over the Atlanta Hawks to tie their Eastern Conference Finals at 1-1 Friday night.

The Bucks led throughout Milwaukee, establishing the win with a 20-0 run late in the second quarter and staying at least 30 points clear through the second half.

The key for Milwaukee was to end Trae Young, who had 48 points and 11 assists in Atlanta’s narrow three-point victory in Game 1.

They did it with emphatic style, as Young managed just 15 points while conceding nine career-worst turnovers before being pulled almost four minutes into the three-quarters.

Jrue Holiday scored 22 points for Milwaukee, Khris Middleton had 15 with seven rebounds and eight assists, and Antetokounmpo had nine rebounds to complete his points record for the team lead.

Despite his dismal comeback, Young was still the Hawks’ top scorer on a dark night, ahead of Danilo Gallinari with 12 points and 11 each for John Collins and Cam Reddish.

The seven-game series travels to Atlanta for Game 3 on Sunday.

Mercato-Sergio Ramos – “Why I signed for PSG”