Epic Games, the creators of the hit video game Fortnite, just teamed up with the NFL to bring both NFL-themed skins and gear to the hugely popular game.

According to Rachel Hoagland, NFL vice president and head of games and esports, the NFL was eager to team up with Epic Games to provide the public of NFL fans with a great way to express their fandom on the inside. of the Fortnite game… and to really tap into this cultural phenomenon that we have been seeing for a year now. 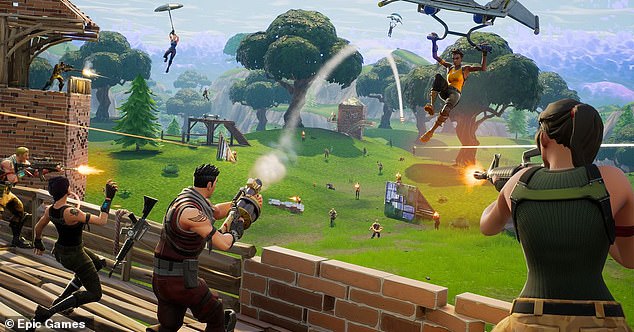 Players will be able to choose uniforms from the 32 NFL teams and will also be able to customize them with a number of their choice as well as helmets, pants and crampons from totally different teams.

Players will be able to change their number and jersey each time they use the outfit, allowing for exceptional customization and flexibility. NFL uniforms will also be available for male and female characters.

“It’s actually very exciting for us with avatars being available as women and being able to have women in NFL uniform for the first time,” Hoagland said.

Player usernames and real NFL player names, however, will not appear on the back of Fortnite jerseys, meaning Tom Brady and Aaron Rodgers will still have to fight on the field rather than on the map. Fortnite.

Referees will be able to flag touchdowns and first downs as “a way to bring fun and pop culture to the game,” according to Hoagland.

Notably, the deal between Epic Games and the NFL is the first time the video game developer has teamed up with an outside group to introduce themed skins into the game.

“We have so many football fans at Epic and we know a lot of fans of the game share the same enthusiasm. Allowing our players to represent their favorite teams in the game was too cool an opportunity for us to pass up and we couldn’t be happier with how they turned out! Epic Games co-founder Mark Rein said in a statement.

Three variations of the new skins in male and female form will be available for purchase.

NFL-themed skins can be purchased from the Fortnite Battle Royale Item Shop for V-Bucks, just like with other outfits. Prices will be comparable to other skins currently available for purchase in the video game.

Fortnite is a Free-to-Play Shooting Video Game published and developed by Epic Games.

Boasting a player base that includes 125 million people worldwide, the video game was released in July 2017 with its popular battle royale mode implemented in September 2017.

The hit video game is currently available to play on PlayStation 4, Xbox One, Nintendo Switch, Windows, MacOS, iOS, and Android.

Lee Westwood: “Playing another Ryder Cup was not a goal – I’m proud of the longevity”