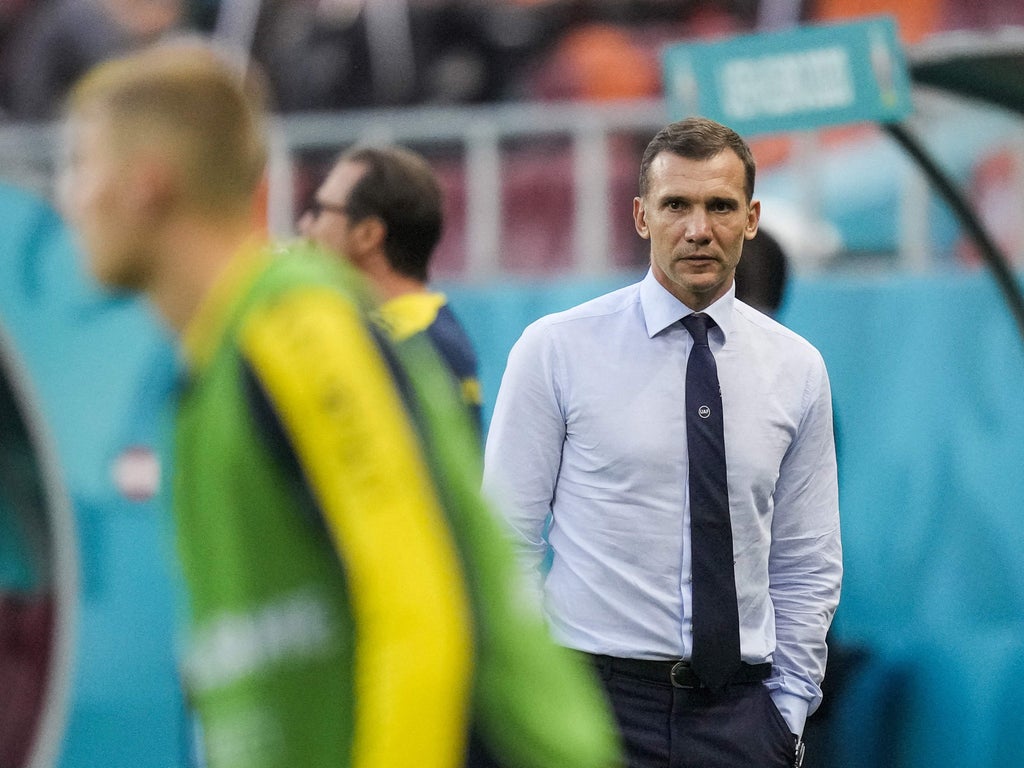 Being as obsessed with fitness as he is, Andriy Shevchenko sometimes tests himself with the ultra-advanced technology of Ukraine. He can monitor his own performance when he gets involved in training drills or matches with the team, and there is always a thrill that surrounds some of the young players when he does.

Shevchenko may be their manager, but he’s also the greatest sports hero in Ukrainian history. It takes a few sessions to understand the fact that they are playing with a legend, whether it’s being coached by one. The 44-year-old can’t quite keep up with them, but that’s not because of his sagging legs. Shevchenko is still in great shape. It’s just that he and his team have refined one of the fittest teams in Europe. Shevchenko is left to offer a bit of balance, and some touches that his players cannot achieve.

It can be embarrassing for some managers, and everyone has heard stories of how uncomfortable Glenn Hoddle has made some players like David Beckham by displaying his own talent. There is none of that with Shevchenko. Its management of men is very good. He is too, loved. Despite all his aura, he is by no means perceived as arrogant. It is the same personality that has seen him become one of Roman Abramovich’s most trusted voices in football. The Chelsea owner regularly called Shevchenko for advice, sometimes on the club’s most important decisions.

A far cry from the cheerfulness that accompanied the infamous anecdote that Abramovich made statements through Shevchenko to the Chelsea squad after the 1-1 draw against Rosenborg in 2007, the last game of the first round. of Jose Mourinho at the club.

The Ukrainian’s own stint at Chelsea is the only low point in a stellar career, ensuring he’s still some sort of punchline in England. It would be a sacrilege in Italy, where he remains one of the most revered players in Serie A history. He is now returning this weekend as a coach with growing respect in the game.

There were even late moves to try and land him the Tottenham Hotspur job, ahead of Nuno Espirito Santo’s appointment. The club loved Shevchenko but their only concern was that he had never run a club. It’s possible that Spurs will end up feeling like they’ve missed their shot. Some in England may regret making fun of him.

Shevchenko has already guided Ukraine to the second best moment in their football history, having been at the heart of their first. He led the country to the quarterfinals of the World Cup as captain in 2006, and has now led this team to the same stage of Euro 2020 as manager.

There is a deep conviction that they can do even more and knock England out. They certainly believe they can outrun Gareth Southgate’s side and possibly overwhelm them in play. Anyone who thinks Ukraine will be exhausted after extra time against Sweden could take a closer look. Fitness is something Shevchenko and his team pay more attention than any team at Euro 2020, which is why it is impossible not to take him seriously as a coach.

This marks a huge difference from a few years ago when a top official who worked in Italy dismissed him as a lightweight. This is something that often happens with legendary players, as they’ve taken on roles that are representative of their past careers, but not really respected. Those of AC Milan knew it was a mistake with Shevchenko. They quickly realized that he was a thoughtful and intelligent figure, with strong ideas about the game.

He’s no Pep Guardiola in terms of the depth of his football thinking, but he knows how he wants to play and – more importantly – knows who to appoint to develop him. The Italian staff at Shevchenko’s backroom says a lot, especially about his tip. For the structure, there is Milan legend Mauro Tassotti as an assistant, Shevchenko having persuaded him to leave the club after 36 years. For expertise, there is one of the game’s brightest analytical minds in Andrea Maldera. For a progressive style of play, there’s Maurizio Sarri’s protégé Luigi Nocentini. For fitness, there’s Andrea Azzalin, Leicester City’s 2015-16 fitness coach.

The Ukrainian team – the fourth youngest in the tournament – is super prepared. Shevchenko is no longer a figurehead. The complexity of his character is illustrated by some of the complications related to his own reputation in his country. Shevchenko is loved in Ukraine, but he has always been criticized for not speaking the national language as the country goes through a particular nationalist moment. The very kit they are carrying has sparked outrage in Russia for presenting a glimpse of the country that included Crimea, as well as the slogan “Glory to Ukraine” associated with the ousting of pro-Moscow President Viktor Yanukovych.

Russian is one of Shevchenko’s first languages, along with English and Italian, emphasizing his own international identity. He nevertheless underlined that he was “deeply Ukrainian”, and promised to give a press conference in Ukrainian. Rather than the vagaries of language, however, Shevchenko is much more interested in the accuracy of science. This is where his Ukrainian footballing identity really shines.

As one of Valeriy Lobanovskiy’s favorite students, the young striker was completely grounded in the ultra-scientific approach to the game of the great manager. Lobanovskiy’s use of calculations and test scores on players allowed his teams to play almost as if it were a computer program.

When Shevchenko went to Milan, Lobanovsky had him take detailed notes on all their preparations. This only deepened Shevchenko’s appreciation for the work of the famous “Milan Lab”. “Calculations never lie,” he told James Horncastle.

It’s no wonder Shevchenko is now so science driven. While many teams at Euro 2020 use StatSports GPS vests, Ukraine is the only team wearing them during matches to gain this additional information. This could be seen after Artem Dovbyk took off his shirt to celebrate this late winner against Sweden.

This is appropriate, in many ways, since the goal was a testament to Ukraine’s conditioning. Opta’s records indicate that they have collectively covered a total of 456.8 km during Euro 2020 so far. It is the third highest in the tournament after Italy and Spain, and almost 50 km longer than England.

“Sports data is so important to us,” Maldera told the PASS project. “They allow us to compare our performances with the best leagues in a particular role, or to compare our midfielder with that of the Italian national team in order to understand the potential in quantitative terms.”

It all fuels relentless football. This is another area where Shevchenko is a modernist. Upon taking the job in 2016, he immediately sought to steer the Ukrainian squad away from the counter-attacking approach that had become common with the squad and in the international game as a whole. “We wanted to be more expansive and have more control over the game through possession football, positive transitions,” said Shevchenko. “We wanted to be a team that creates a lot of chances.”

As in every game, and as Oleksandr Zinchenko’s debut goal against Sweden so beautifully illustrates, Ukraine will carry the game against England and seek to get behind it. “Italy is in some cases a team similar to ours,” said Maldera. “Against serious opponents, the more time we give, the harder it will be.”

This is also why Shevchenko’s involvement in training games and exercises is no longer an indulgence. It has a tangible effect on the team and deepens their own understanding of how they play. Shevchenko often does this to determine pass angles and movement from players’ points of view, while being aided by his assistants on the side and drones above.

Such completeness of information has given him and his staff real information, like when Marlos was used as a false nine for the historic 2-1 victory over Portugal in qualifying, or the influential use of Ruslan Malinovskiy as a “false winger” against North Macedonia. .

That’s when this campaign really took off, and for all the nationalistic spirit that swirls around the team, there is a more natural team spirit within it. It’s something else that Shevchenko’s personality brings. Zinchenko says it immediately lifted him when he fell extremely low after the Champions League final loss to Manchester City.

Shevchenko knows this is the kind of psychology that complements science. There was another sharp line in his interview with Horncastle. “You always have to believe. You can reverse a game in the last second. There are many examples of great games that are decided at the end, like Manchester United against Bayern in 1999. Two minutes is enough. Great teams have this mentality. When you train the best players, they have to believe that games can be all about the last 10 seconds. “

Science allows it. The winner against Sweden proves it. It is now up to England to stifle it. Ukraine will seek to rely on them.