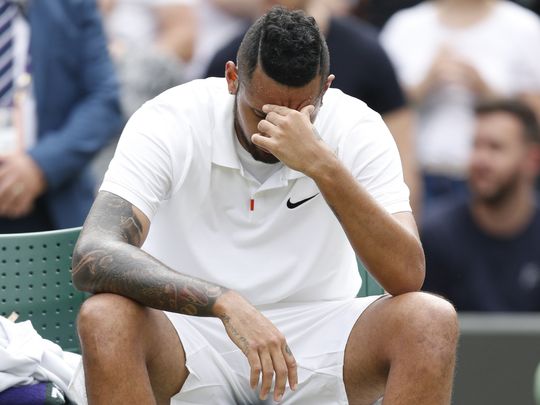 London: Nick Kyrgios was forced to withdraw from his third round match at Wimbledon against Canada’s Felix Auger-Aliassime today due to an abdominal injury.

The Australian won the first set 6-2 but lost the second 6-1 when he called off.

“I did my midsection at the end of the first set,” said Kyrgios, 26.

“I haven’t played this level of tennis for a while and my serve is my main weapon. I need it to pull at full speed. “

Sloane Stephens falls to Angelique Kerber in US Open third round