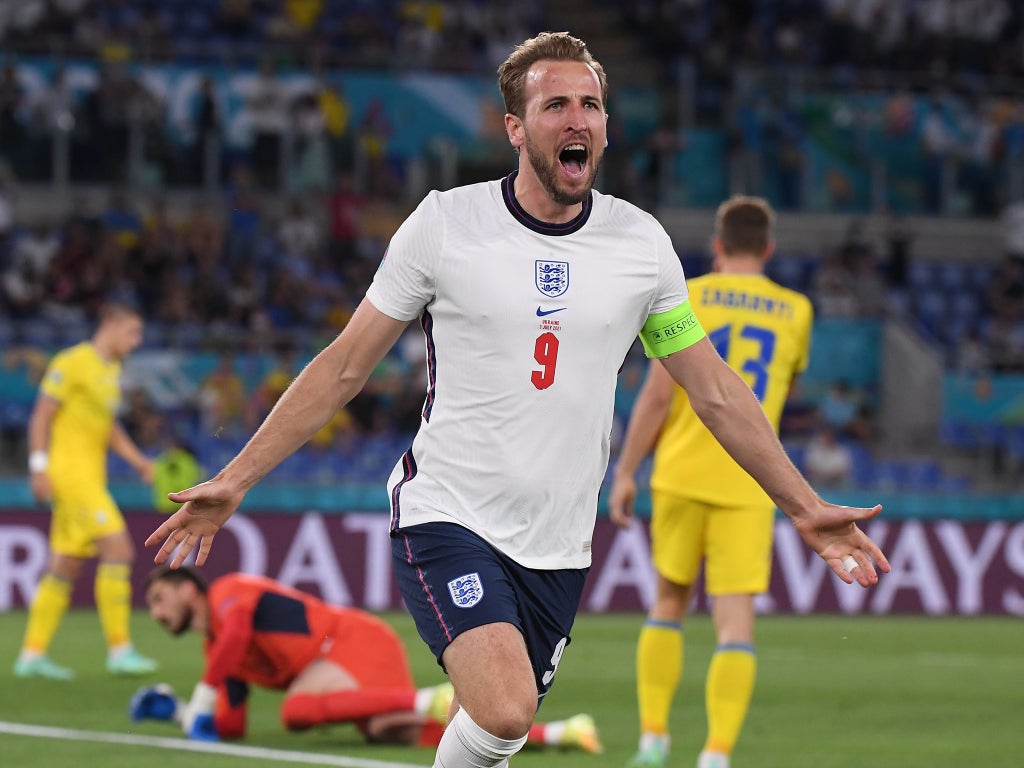 Well saved from Yaremchuk at 1-0 after Walker’s back pass. A clear cut midway through the second half was his first misstep of the tournament.

A sloppy pass could have been punished and fought once targeted with overloads by Ukraine on the right, but improved over time and England became more comfortable.

Well covered for his club mate Walker if something goes wrong. Continue to have a quietly impressive and error-free tournament.

Another quarter-final goal from a set piece, three years after Sweden. Maguire’s threat of dead bullets needs to be exploited more often, but has given England a breathing space here.

Aggressive in both directions and a constant threat straddling Sterling on the left wing, though his crossover radar was turned off slightly until Maguire and Kane’s excellent second delivery.

Along with Rice, provided the platform for the performance. A bit suspect defensively at times, as Ukraine took advantage of the space alongside them in the first half but regained control.

Unlucky not to score with a powerful attempt that stung Bushchan’s palms. Like Phillips, retired early due to the risk of a yellow card.

Linked the midfielder and attacked well in his hybrid role, but also stepped inside on occasion. The delivery of set pieces was criticized but perfect for the fourth.

It was his night to shine and, while he didn’t dazzle like Sterling on the other side, there have been times that should excite not only England but Manchester United fans as well.

To take off? Tends to enjoy a streak of goals once ending a drought and now has two out of two. He felt he peaked too early in the World Cup, but is entering form at the right time now.

Brilliant dribble, show of strength and pass for Kane’s first game. Quickly becoming a contender for the title of player of the tournament. Definitely the best in England.