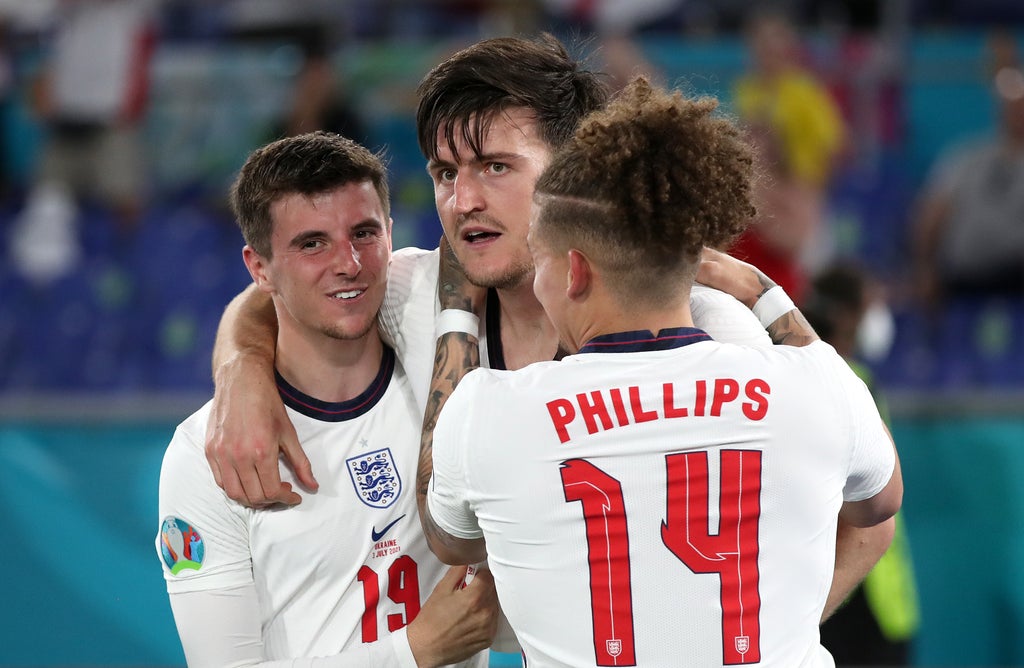 England’s impressive Euro 2020 campaign continued as Ukraine were swept away 4-0 in Rome to stage a semi-final showdown against Denmark at Wembley.

After an emotional victory over Germany in front of thousands of cheering fans, it was finally a fairly easy night for the Three Lions at Stadio Olimpico on Saturday.

Harry Kane calmed the nerves with an early goal, before Harry Maguire scored with a header early in the second half.

England skipper Kane quickly nodded in a third goal before substitute Jordan Henderson’s first international goal capped a memorable performance from Gareth Southgate’s men – who have yet to concede a goal in the tournament.

Earlier on Saturday, Denmark edged the Czechs after first-half goals from Thomas Delaney and Kasper Dolberg put them in control in Baku.

Czech striker Patrik Schick scored his fifth Euro 2020 goal in the 49th minute to set up a tense second half, but Kasper Hjulmand’s side held on to continue their remarkable run deep in the deep. tournament.

For those brave enough to get through the emotional roller coaster of watching England games, the nervous last minutes are usually spent staring through clenched fingers or from behind the couch. There is, however, something very different about England under Southgate – a young team playing without the weight of all that “oh-so-close” over the years and whose performances mean fans in Rome. , all over the world as well as at home will never stop dreaming.

Quote of the day

Danish fairy tale not finished yet

The Danes have become a lot of people’s ‘second team’ for the way they reacted after star man Christian Eriksen suffered cardiac arrest in their opening group loss to Finland. The Inter Milan midfielder is continuing his recovery after hospital treatment – and could still receive the best tonic if Kasper Hjulmand’s side were to emulate the boys of 1992.

Message of the day

Italy full-back Leonardo Spinazzola may have kicked his last ball at Euro 2020 following a rupture of Achilles suffered in Friday’s quarter-final victory over Belgium, but the defender of the Roma will be anything but a forgotten man. Fans voted Azzurri’s left-back MVP of the match in a poll on the Italian Football Federation website and the 28-year-old, limping on crutches, was given a standing ovation from his teammates back at their base in Florence.

With only three matches to go, the Golden Shoe race remains wide open. England skipper Kane increased his tally to three in two games with a brace against Ukraine, to sit alongside teammate Raheem Sterling. Czech leader Patrik Schick scored his fifth goal of the tournament against Denmark to get closer to Cristiano Ronaldo. Nice striker Dolberg also has three goals – but will be against him to improve that against a defense that has yet to be broken through in Euro 2020.

The Czechs had gone from the English squad to one of the best teams in third place – then took a surprise win over the Netherlands 10 in the last 16 to secure their place in the quarter-finals. Jaroslav Silhavy’s men, however, paid off a slow start in Baku, and not even a fifth tournament goal for leader Patrik Schick was enough to save a trip home to north London.