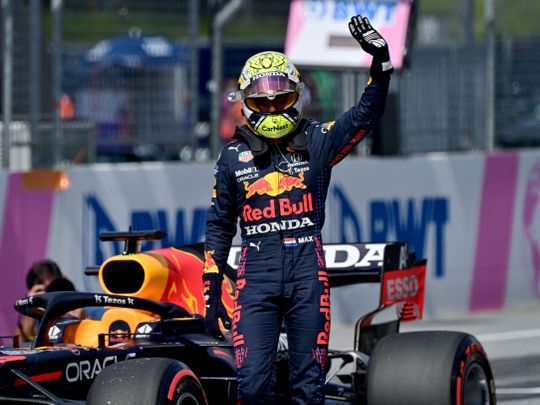 This is Verstappen’s third consecutive pole.

Dutch driver Sergio Perez’s teammate will start in the second row alongside Lewis Hamilton’s Mercedes at the Spielberg circuit.

Norris was just 0.048 seconds behind Verstappen, whose title rival Hamilton could only manage fourth place behind Red Bull’s Perez.

And there was an outstanding performance from Norris’ compatriot, Briton George Russell.

The 23-year-old has entered his Williams in the final part of qualifying for the first time in three years of testing and will start ninth.