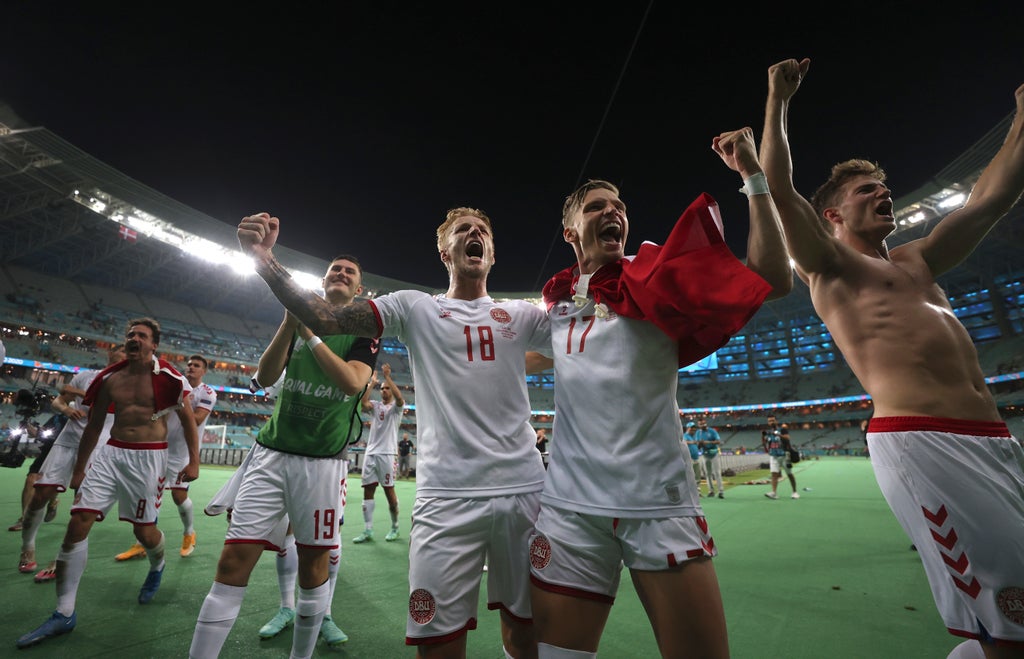 Danish coach Kasper Hjulmand feels his players are taking Christian Eriksen with them to Wembley after booking a place in the Euro 2020 semi-finals.

Thomas Delaney and Kasper Dolberg scored before half-time as the Danes beat the Czech Republic 2-1 in the quarter-finals in Baku.

Czech leader Patrik Schick closed the gap with his fifth goal of the tournament in the 49th minute, but it was Denmark who held on to reach the last four.

Hjulmand’s side gained momentum during the tournament after their horrific start when Christian Eriksen collapsed with cardiac arrest in his first loss to Finland in Copenhagen.

The Denmark coach believes the Inter Milan midfielder, who continues to recover from hospital treatment, will be very much on his mind as he dreams of emulating the Championship winning team Europe 1992.

“I can really feel it,” Hjulmand said when asked at his post-match press conference if he was aware of the support Denmark was receiving.

“I think everyone in football understood that the second and days after the fundamentals of life and football, the core values ​​of football emerged at that point.

“There are so many other agendas in football, but we all remembered why we started playing football, what values ​​football is based on and we remembered that.”

Hjulmand added: “I still think of Christian every day. He should have been here.

“We’re happy he survived, we wear him until this game and all the way to Wembley. I think about him all the time.

“We all understood maybe that the values ​​of football have manifested themselves – and maybe we are a symbol of that. I couldn’t be happier than that.

“The team showed it without being told: ‘this is the way to act’.

“It was just amazing to see this team how the reaction was, how much compassion and love they gave each other, but also the Danish people.

“We’re just happy and proud that we can maybe remind ourselves of why we love football and what football can do in the world.”

Celtic to host Ferencvaros on Tuesday afternoon amid schedule issue