Overwatch Halloween 2018: what time does it start and what are the new skins?

The annual hit video game Halloween Terror event will be back soon, offering new skins, game modes, and maps for gamers to enjoy.

Here’s a look at the start of Overwatch’s Halloween Terror 2018 event, new skins available, additional content that should be available, and information about the game itself. 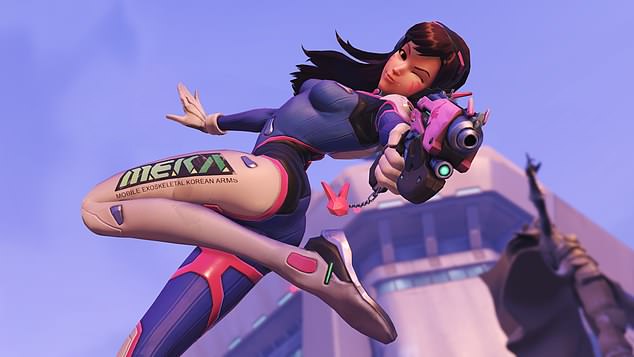 The event would begin on Tuesday, October 9, although there is not yet an exact start time that has been publicly announced.

However, judging from previous Overwatch updates and events, gamers can probably expect the update between 1 p.m. and 2 p.m. EST (6 p.m. and 7 p.m. BST), not to mention any unforeseen delays.

Ahead of the upcoming event, Blizzard Entertainment unveiled several new skins for the Halloween Terror 2018 event on the Overwatch Twitter page.

Now is the time to be PUMP!

Specifically, the character skins McCree, Wrecking Ball, Pharah, Moira, Doomfist, and Widowmaker were all previewed on the game’s social media accounts prior to the Halloween Terror 2018 event, although additional skins may be implemented when the event will be online.

The Junkenstein’s Bride skin is also set to return, according to comments from game director Jeff Kaplan.

Returning skins are expected to cost 1,000 credits, while newer skins will soon be available for purchase for 3,000 credits each.

In addition to the new skins, Overwatch fans will soon be able to discover new content for the upcoming Halloween Terror 2018 event.

The Junkenstein’s Revenge game mode will return, with Kaplan saying a few minor tweaks could be in store.

The popular game mode, released for previous Overwatch Halloween events, is a cooperative brawl that task four players to protect the gates of Adlersbrunn Castle from the hordes of enemy NPCs created by the mad scientist Dr. Junkenstein.

Blizzard Entertainment has also hinted that a new map will be implemented for the event, posting a tweet of what appears to be Chateau Guillard with a spooky makeover.

Overwatch is a team-based multiplayer shooter developed by Blizzard Entertainment, the makers of other popular video game franchises like the Warcraft, StarCraft, and Diablo series.

Billed as a ‘hero shooter’ that involves quick matches between two teams of six players using a separate character with special abilities, the game was unveiled at BlizzCon 2014 and officially released on May 24, 2016.

The game, now a recognized esport, is currently available to play on Xbox One, PlayStation 4, and Microsoft Windows and received critical acclaim upon release.

It is also said to have a player base of over 40 million players worldwide as of May 2018.

Katie Ledecky feels the pain of a first Olympic defeat