Mark Cavendish wears the leader’s jersey for the first time in four years after opening day of the Settimana Coppi e Bartali in Italy.

The 35-year-old narrowly missed out on victory in the first of the day’s two stages, but regained the lead from Jakub Mareczko from Vini Zabu after his shorthanded team Deceuninck-QuickStep finished third against -the team watch on Tuesday afternoon. 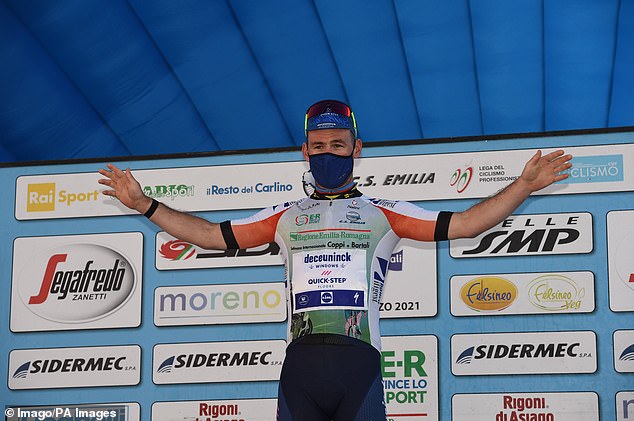 “To be in the lead for the first time in four years is super nice,” said Cavendish.

“With Deceuninck-QuickStep, we only have five guys here, so we were a bit back to the wall, but everyone looked after me so well this morning and I’m sorry I couldn’t pay them back with a victory.

“In the team time trial we gave everything and it will be nice to wear the leader’s jersey for a day, and I look forward to supporting Mauri (Vansevenant) and Mikkel (Honoré) once we are in the climbs. Meanwhile, the Ineos Grenadiers dominated the time trial of the second stage of the Volta a Catalunya.

Australian Rohan Dennis took the win for the team while Geraint Thomas and Adam Yates entered the top 10 overall with strong performances on the hilly 18.5km course.