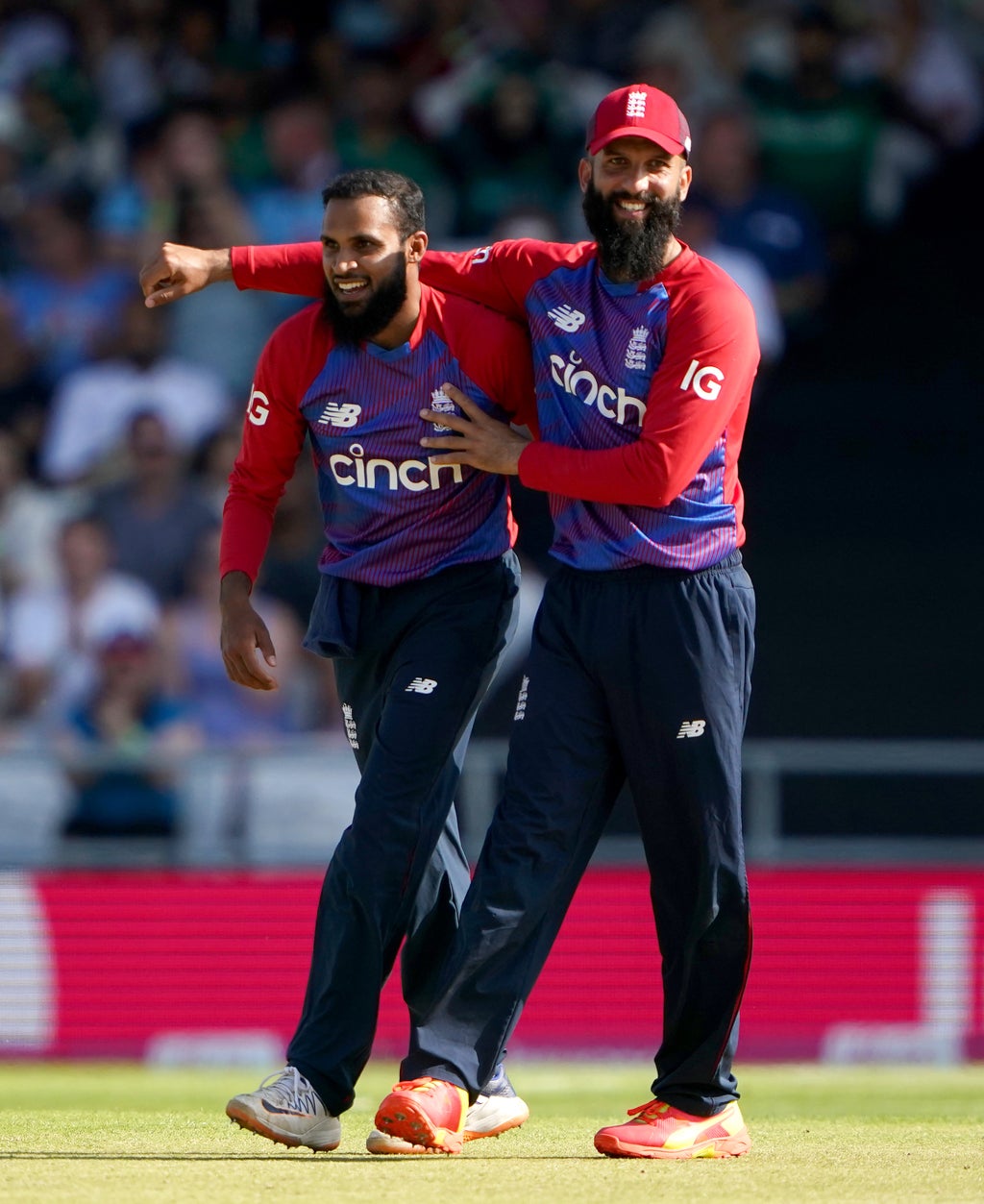 Leg thrower Rashid worked his magic with four for 35 and Moeen smothered the score with one for 19 of his four overs, as England once again relied on their slow bowlers to control proceedings.

England had dropped another fit wrist spinner, Matt Parkinson, on their pitch, but had all-rounder Liam Livingstone on hand as a slow third option.

Mohammad Rizwan beat in the innings with 76 steps on 57 balls, but sometimes fought with one hand.

Pakistan made 40 in its first five overs, with Rizwan pitching a full six from Saqib Mahmood and Chris Jordan.

But his partner, the always reliable Babar Azam was not himself. He could have gone to successive balls from Jordan, a thick edge and poorly timed pull, and was frustrated with a lack of hitting.

When Morgan threw the last power play at Rashid, Babar threw caution to the wind, but a field adventure saw him googly bamboozled and bewildered by Jos Buttler.

Sohaib Maqsood started off confidently, sending two of his first four Rashid balls to the ropes, but when the battle resumed after a change of sides the result was decisive. Looking for a big blow to the ground, Maqsood could only choose Jason Roy in the long run.

Even when Rashid got it wrong, he did well, with middle order veteran Mohammad Hafeez firing a forehand at Jonny Bairstow with a deep square leg three balls later. Pakistan had drifted to 69 for three in the ninth, with one man to blame for their plight.

Rizwan rose to half a century of 38 balls, but with the gripping ball, Moeen and Livingstone were able to take full control.

Moeen worked through his four overs of precise breaks without a single conceded limit, capping his stingy spell with a lbw against Fakhar Zaman (24).

Surprisingly, Rashid had never taken four wickets in a T20I before, but rectified that with his final delivery as Shadab Khan went into hiding. Rizwan carried his bat, but when Jordan allowed just five in the 20th, his effort didn’t seem like enough.

A Big 12 without Texas, Oklahoma? The best conference realignment options