Anyone who’s played League of Legends for a while will have reached a point where they’ve stalled and have no idea how they can improve. Watching your own replays has always been an effective but time consuming method.

But now Riot Games has integrated a new stats tab into the LoL client which is now available in all regions except Tencent. The new feature allows you to compare your performance to many different players.

You can compare your performance on specific champions to players from any elo, to “experts” (main aliases), to specific players, to anyone on your friends list or even to yourself. even on another champion. 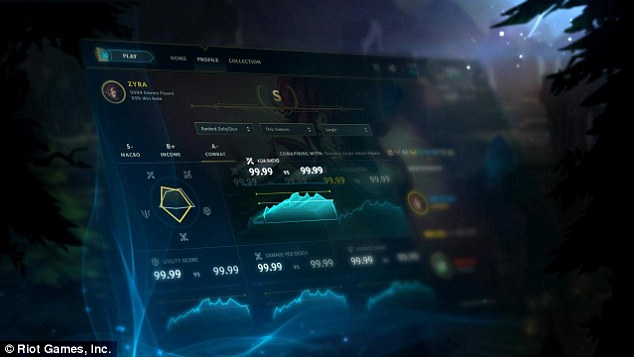 You can look at LCS players to get a feel for why they are at such a different level or you can look at players in the same elo or slightly higher to see what areas you could improve on to climb.

Riot has been collecting in-game stats for every player since Patch 8.12, the mid-season update. Stats are separated into three categories: Combat, Income, and Map Control. You are then rated in each of these areas and given an overall rating as well – using the same system as the Post-Match Lobby (SD).

In the example image above, one of Diana’s strengths is her share of damage, which means she deals a fair amount of damage to her team. However, looking at her KDA and damage per death, she is underperforming compared to Diana’s other players in Silver. This suggests that she may find her initial target, but then dies too early in combat to have more impact.

Next is income which examines your CS score and whether you are creating any benefits. It tracks your damage per gold, your early gold advantage, your early CS advantage, and your CS per minute.

In Riot’s example, you can see that the Diana behaves quite well but struggles in the early stages with severe gold and CS deficits from the start. Diana is not a strong laning champion, so being able to survive early in the match and CS under the tower is crucial.

And finally, there is the control section of the map which gives players a better idea of ​​their macro play and decision making. Income compares your Goal Control Ratio, Vision Score per Hour, Roaming Dominance Score, and Kill Conversion Rate.

This section is the example of player Diana’s strongest zone with an overall rating of A. After struggling early in the game, it looks like Diana was able to move with good vision to snowball. With a little team combat training, the Diana should be able to climb into the gold.

Once the new season begins, everyone’s stats will reset, which is probably a good thing considering the gameplay and meta will likely have been knocked down. Riot said he is not tracking statistics from ARAM or Twisted Treeline and currently does not plan to do so.