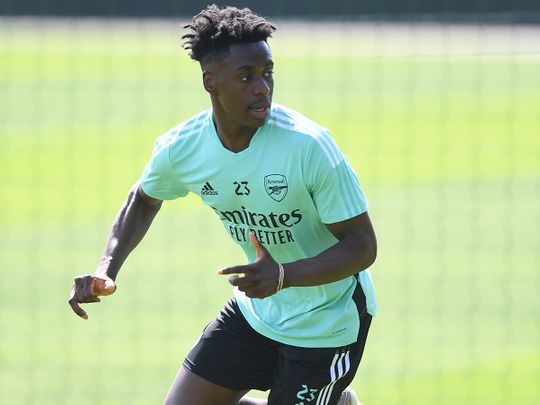 Arsenal withdrew from the Florida Cup and canceled their preseason trip to the United States after members of their travel group tested positive for COVID-19, the club said on Wednesday.

The Premier League team were due to leave on Thursday and play Inter Milan in Orlando on Sunday. They said a “small number” of the travelers had tested positive.

“We fully understand how disappointing it is to our American supporters who have been eagerly awaiting our participation in the Florida Cup as part of our pre-season preparation,” the team said in a statement. . “Our apologies also go to the organizers of the Florida Cup who did a fantastic job in the preparations and to our partners who organized events around our participation in the competition.”

The statement did not specify how many members of the traveling party tested positive or whether any were gamers.

“We are happy to say that staff members are currently free of COVID symptoms. They are now in self-isolation at home, ”the team said. “We hope everyone understands this predicament which is beyond anyone’s control.”

Everton and the Colombian Millonarios are the other teams participating in the seventh edition of the Florida Cup.

“We are disappointed that Arsenal have decided not to participate in the 2021 Florida Cup,” the tournament said in a statement. “We wish the members of the Arsenal traveling team who have tested positive for COVID-19 a speedy recovery as we continue the final preparations for the event.”

Tournament organizers have not announced whether Arsenal will be replaced by another team.

Arsenal added that they are “making alternative arrangements in accordance with Premier League protocols to continue our preparations for the new season”.

International Recycling Week: Come and sail (or not)