Almost every current Formula 1 team is getting into esports en masse this year, in preparation for the F1 Esports Series 2018 and beyond.

Mercedes now have four drivers for the upcoming mock racing events, with the latest addition being Brendon Leigh, the Briton who won the F1 Esports Series last year. 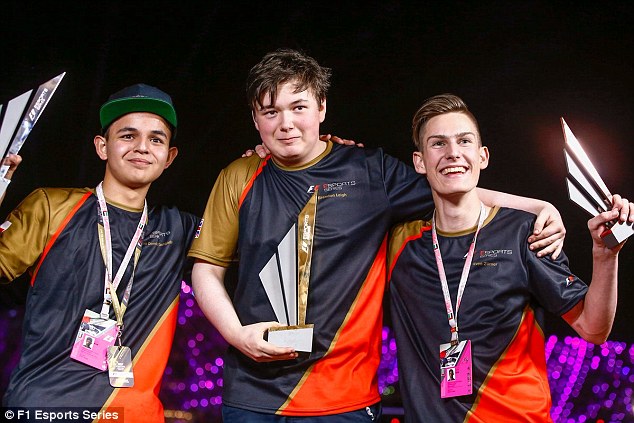 Mail Esports spoke to Brendon Leigh after his win last year. The final took place in Abu Dhabi alongside the F1 race weekend.

Many wondered where Leigh would end up, as F1 teams began to fill their lists.

Mercedes signed Hungarian Dani Bereznay, 18, from the F1 Esports Pro Draft last month, where each of the nine teams involved recruited a selection of players from among 40 prospects, who had passed various tests at Silverstone the previous week.

Polish sim racer Patryk Krutyj is also in their books. The 22-year-old is a four-time Polish league winner.

They also have British driver Harry Jacks, 24, who was one of the finalists in McLaren’s World Fastest Gamer competition last year. The eventual winner became one of McLaren’s official F1 simulation drivers.

The Mercedes esports team will have a specially designed esports facility at its Brackley headquarters, where its official simulator is located.

“The program also focuses on human performance and will give esports team members access to the on-site performance center covering key areas of nutrition, fitness and wellness,” said said Mercedes.

At least $ 200,000 will be up for grabs in this year’s F1 Esports series. There will be three live events in October and November.

A number of teams are also looking to the future and planning to compete in other simulation racing events in addition to the F1 Esports Series.

Viral fairytale skateboarder grows up and wins medal at Olympics

PM Modes salutes the struggles of Indian athletes at the Olympic Games; I wish you luck

Lions vs South Africa A Live Stream: How To Watch The Warm-Up Game Online & On TV Tonight