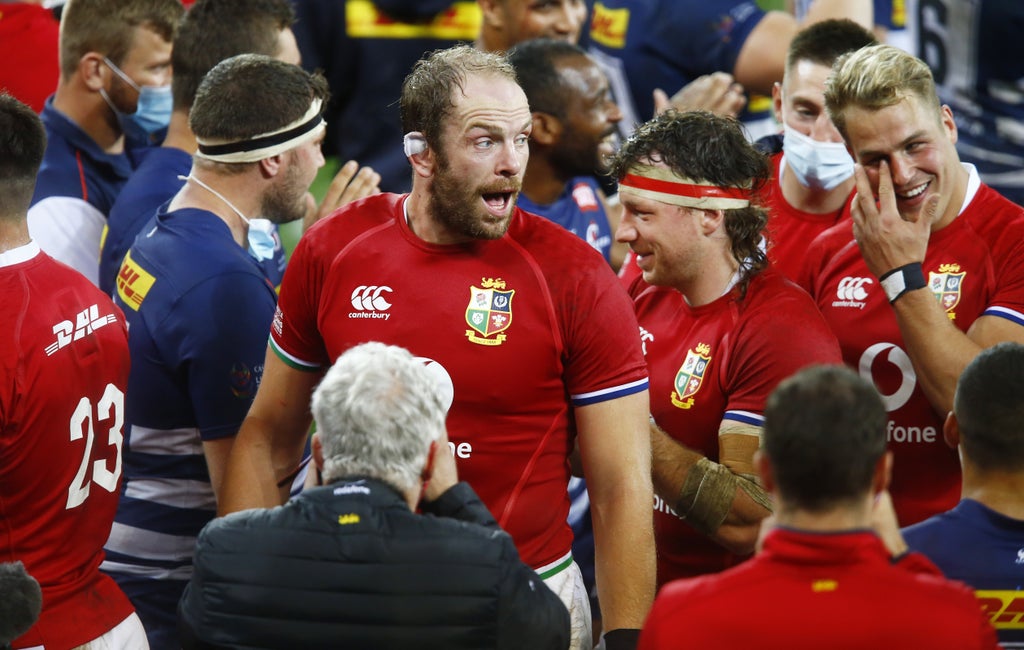 Alun Wyn Jones will be even happier leading the British and Irish Lions against South Africa after saving his tour from oblivion.

Four weeks to the day after dislocating his left shoulder seven minutes after the curtain rises against Japan, Jones will captain the Lions in the series’ first critical game on Saturday against the world champions in Cape Town.

The Welsh skipper had been kicked out of the tour only to learn there was a way to recover from the injury, which allowed him to show remarkable recovery powers which saw him dubbed “Lazarus” by his teammates.

“The first few days after the dislocated shoulder and coming home, I was almost on the couch before the guys even got to the airport on Monday. It was tough, ”Jones said.

“Fast forward to Tuesday when I was told there was a chance – it was bordering on surreal. Being here now and taking the hits and the bumps and being among the group – that means more, I’m not going to lie.

“I had spent two weeks with the guys getting to know people. We were sleeping with rugby. I had the seven minutes and during those two days my tour was over.

“I had some decent news on Tuesday and sometimes all you need is a chance and I was willing to work hard and make it difficult for Warren Gatland to make myself available for selection.

“I was fortunate enough to get some playing time against the Stormers on Saturday and to be in contention.

“Sitting here now and being involved with the test team is all I’ve really worked for the past few years… I would be lying if I said it was two years, it’s probably four years.

“Obviously when you finish a series or a tour you don’t know if you’re going to shoot next and a lot of games go under the bridge.

“Sitting here now is a very, very special thing, but it’s only a very short step towards what is going to be, hopefully, a very enjoyable week.”

Jones becomes the first pro-era player to make 10 consecutive test appearances for the Lions having also been capped on the 2009, 2013 and 2017 Lions tours.

When asked what this meant, Gatland joked, “How old he is! It’s been a while!

“It’s a fantastic achievement for anyone who plays their first test match but plays 10…. It’s fantastic. I think that shows who he is as a player. “

Now that Jones has completed a revival described by Gatland as a “miracle,” he has a goal in sight.

“We left – and this is the message I gave to the team at Lensbury in June – to win a series of tests. I think we have a team here capable of starting this movement,” he said. -he declares.