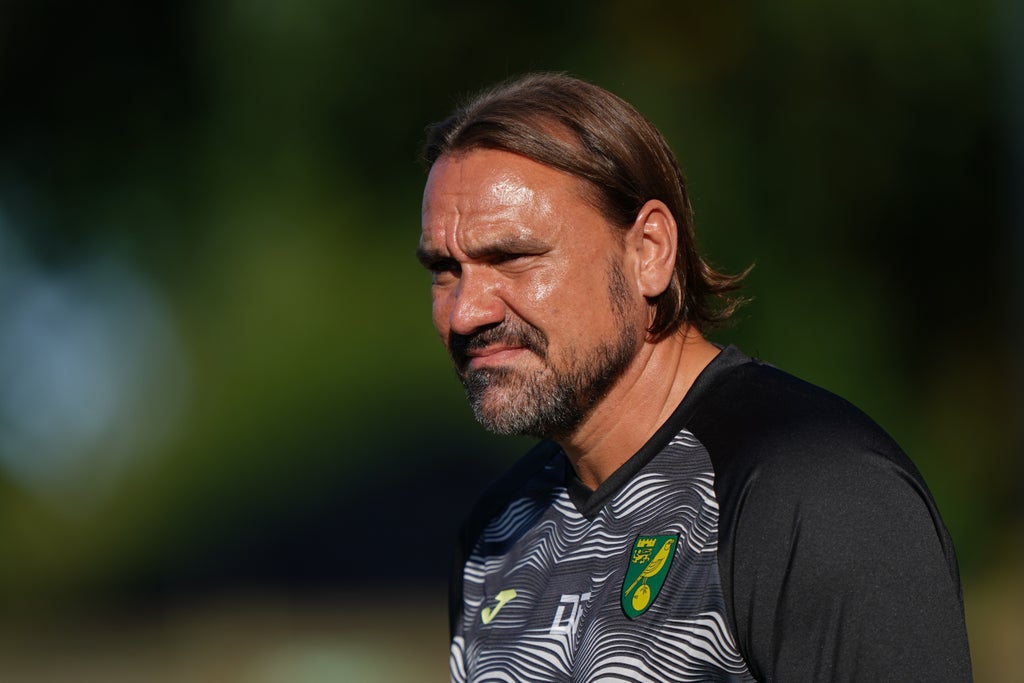 Daniel Farke insists he is not ‘addicted’ to the position his Norwich City side will achieve when they return to the Premier League, but that he would reject the offer of a 17th place finish before a ball is kicked.

The Canaries boss signed a new four-year contract on Wednesday after once again bringing the club back into the top flight.

After winning the Sky Bet Championship in his second year at the helm, Norwich was relegated last year to immediately rebound by winning the second tier title again.

Now the club aim to maintain their Premier League status, but Farke is not ready to predict where he thinks the club may end – but would turn down the offer to simply survive.

“Our first and main goal was to always be among the top 26 teams in this country,” he said.

“Of course that is what we want, the next step is to become a truly established Premier League club, we want to become a permanent member.

“We are not naive, we know that we are not fighting for the Premier League title but we want to develop the club from season to season.

“I’m ready to crush everything every season. If you guarantee me right away, here is a letter and if you sign you will finish in 17th position this season, I would not sign it.

“Of course that would be a big hit and there would probably be a non-relegation parade through town and everyone would congratulate us but I’m not too much addicted to the positions I just want to say after next season , we did our best with our opportunities. ”

Farke has revealed he had the opportunity to leave Norwich after their relegation last year but felt he owed the club to stay with them and attempt a direct comeback in big time.

“Both sides are realistic and know that this (relationship) is quite rare in football,” he said, already in charge since 2017.

“I know what a privileged situation I find myself in and I feel incredibly grateful, humble and emotional, just grateful because the moment the manager was allowed to create something special and stay for so many years is now. a long time ago.

“I remember the situation a year ago, normally after the relegation questions were asked and it’s ‘we need a new manager’, but it was the other way around.

“Our key people were concerned that I would not want to go back to the second level as there were other options, but I also felt that I wanted to give something back for all the trust, support and help. , so I made the decision to stay and it was definitely the right decision.

When asked if in his wildest dreams Norwich could stand up and also challenge silverware next year, the 44-year-old added: “In my wildest dreams I don’t dream football, that’s for sure!

“But in my wildest dreams, if I’m honest, I play games to win football games. It’s great to lift silverware.

“That won’t happen with Norwich City in the next few years, probably not, but we’re not too addicted to places in the table, we don’t have that attitude.”