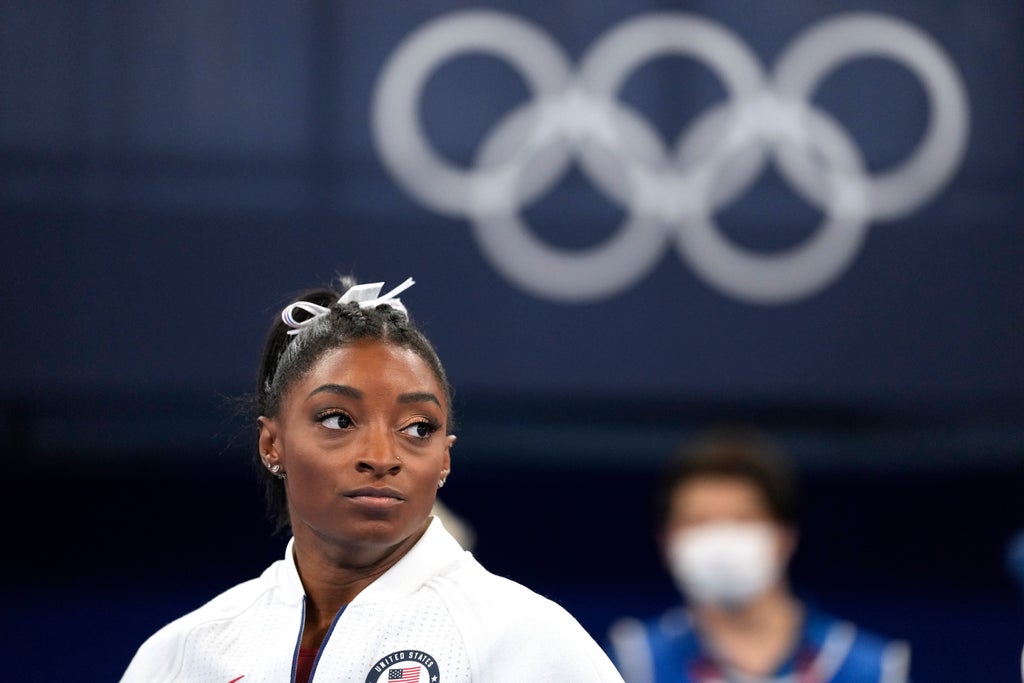 A senior Texas official has come under fire after calling Simone Biles a “selfish and childish national embarrassment” for her decision to withdraw from the Olympic team and general competitions.

Texas Assistant Attorney General Aaron Reitz apologized on Wednesday after harshly criticizing the gymnast for her decision to withdraw from competition due to mental health issues.

In a now-deleted tweet that drew criticism, Mr Reitz shared a video of gymnast Kerri Strug during her appearance at the 1996 Olympics where she won the gold medal in the all-around final after having competed in vault with an injured ankle.

“Compare that with our selfish, childish national embarrassment, Simone Biles,” Mr Reitz wrote at the time.

The tweet is no longer on his page after receiving a quick reaction from the public.

Instead, Mr. Reitz pinned an apology statement on his page.

“I owe @Simone_Biles an apology. A big one, ”he wrote on Wednesday.

Mr Reitz went on to say that his past statement did not reflect the Texas attorney general’s office.

“In a moment of frustration and disappointment, I spoke out on subjects for which I am not well versed. It was a mistake. I can’t imagine what Simone Biles went through, ”he said.

“Simone Biles is a true patriot and one of the greatest gymnasts of our time. I apologize to her and wish her good luck, ”her statement concluded.

Biles withdrew from the team final at the Olympics after competing in just one event, citing mental health issues.

Then it was announced that the 24-year-old would also be retiring from the all-around, in which she was the favorite to win gold.

“After further medical evaluation, Simone Biles withdrew from the all-around final,” USA Gymnastics said in a statement. “We wholeheartedly support Simone’s decision and salute her bravery by putting her well-being first. Her courage shows, once again, why she is a role model for so many people. “

Biles won four gold medals at the Rio 2016 Olympics, including the team final and the all-around.

She qualified to compete in all four individual gymnastics events: uneven bars, vault, floor and beam. The events will take place next week, but Biles has yet to announce if she will attend.