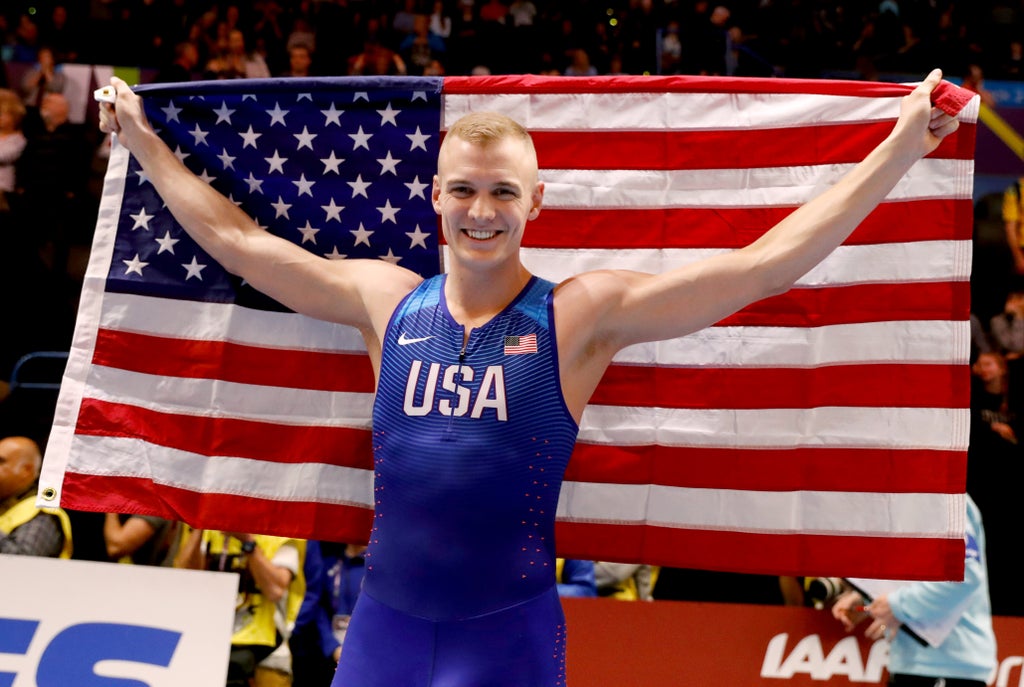 American pole vaulter Sam Kendricks was banned from the Tokyo Olympics after testing positive for coronavirus, the United States Olympic Committee has confirmed.

Kendricks, the reigning world champion who won bronze at the Rio Games in 2016, left the Olympic Village and was transferred to a quarantine facility in the Japanese capital.

The USOC said in a statement: “The health and safety of our athletes, coaches and staff is our top priority. We are saddened to confirm that Sam Kendricks has tested positive for Covid-19 and will not be competing in the Olympics. of Tokyo 2020.

“In accordance with local rules and protocols, he was transferred to a hotel for isolation and is supported by USATF and USOPC staff.

“Sam is an incredible and accomplished member of Team USA and his presence will be missed. Out of respect for his privacy, we cannot provide more information at this time.”

Unconfirmed reports have indicated that a number of athletes, including members of the Australian track team, have been placed in isolation as close contacts.

Authorities confirmed on Friday that three athletes were among 24 positive tests recorded among staff linked to the Olympics, bringing the total number of people affected since July 1 to 198.

The dark side of chess: when isn’t a great master so great?