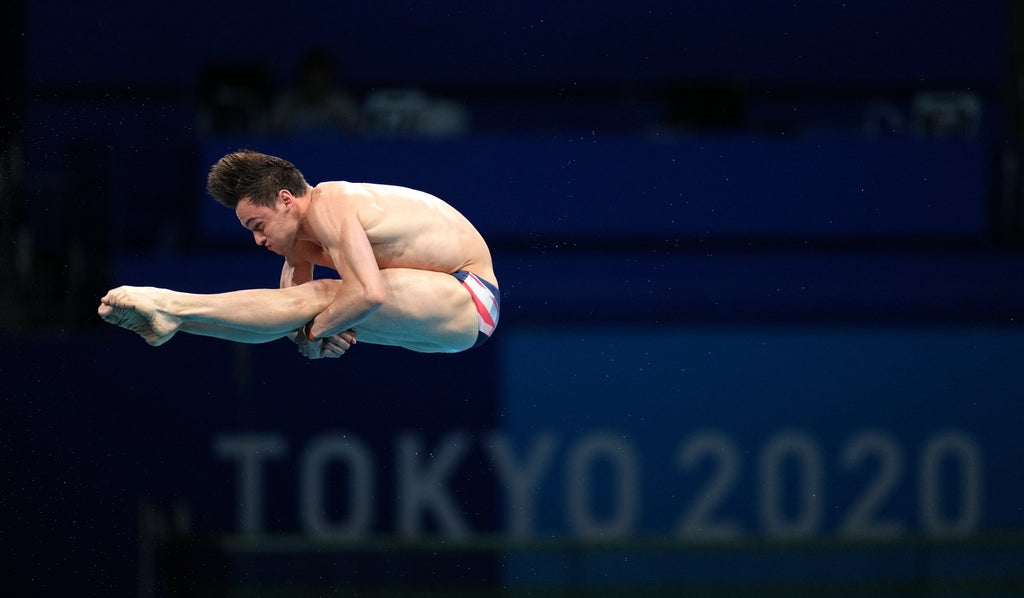 Day 15 of the Tokyo Olympics began with the women’s marathon which took place in sweltering conditions in Sapporo, where American Molly Seidel won bronze in her third marathon only behind Kenyans Peres Jepchirchir and Brigid Kosgei , who won gold and silver. Kevin Durant led the United States’ victory over France in the men’s basketball final, avenging a first round loss and winning a 16th gold for the country in the sport, while Nelly Korda offered to the Americans a streak of gold in golf, clinging to one. Pulled the victory in a thrilling final of the Olympic women’s golf competition.

Tom Daley is aiming for gold in diving in the 10m final (starting at 7 a.m.), hoping to add to his gold in the synchronized event. In the boxing arena Galal Yafai will try to win gold against Carlo Paalam of the Philippines (6am). And on the track Ethan Hayter and Matt Walls, the latter fresh out of his omnium gold, will go to the final of madison (8:55).

Britain’s Morgan Lake will compete in the high jump final (from 11:35 BST), and Great Britain have three men in a highly competitive 1500m (12:40) final – Jake Heyward, Josh Kerr and Jake Wightman. Allyson Felix is ​​hoping to set a new Olympic track medal record when she competes in the 4x400m relay later today (1:30 p.m.).

Follow all the latest news, results and medals below.

Daley does it again! Another near perfect dive that accumulates 91.20 points. A good start for the Briton, with two good dives in his first two attempts. The leader of the first round Cao Yuan to come … it’s good but not enough and Daley leads after two laps.

Hungary won a narrow victory over ROC with 11-9 in the bronze medal match in women’s water polo.

It was a neck and neck battle with the game tied at 9-9 before Anna Illes and Alda Magyari reached late goals.

Tom Daley got off to a good start in the 10m dive final, racking up 98 points with his first dive, with only China’s Cao Yuan ahead of him. Six dives in total and the cumulative total score will establish the final ranking.

She won Bulgaria’s second gold medal at the Tokyo Olympics and the fifth overall.

The 28-year-old knocked down his opponent in the first round with a left forehand and dominated a high-octane contest to secure the verdict.

It was a split 4-1 decision in Yafai’s favor. In the first round, the British boxer knocked out his opponent with a big left but Paalam fought back to win the third round but it was not enough.

Learn more about the American team’s victory in basketball:

With a one-stroke victory, world number one Nelly Korda maintained her reputation with her final under-17 putt and won Olympic gold.

New Zealander Lydia Ko and Japanese Mone Inami will play in the playoffs for the silver and bronze medals.

Indian Aditi Ashok put on a great show but narrowly missed the historic medal for India, finishing fourth. She scored a 25-foot birdie putt on the 18th that slipped through the hole.

Tom Daley will look for his second gold at Tokyo 2020 later Saturday after qualifying in fourth place for the men’s 10-meter platform final.

The United States were 10 points ahead in the fourth quarter at one point, but struggled to maintain their double-digit lead as Frenchman Nando de Colo cut the deficit and then Jayson Tatum fouled offensively for turnover.

It was the 16th Olympic gold medal for the United States and the fourth in a row.