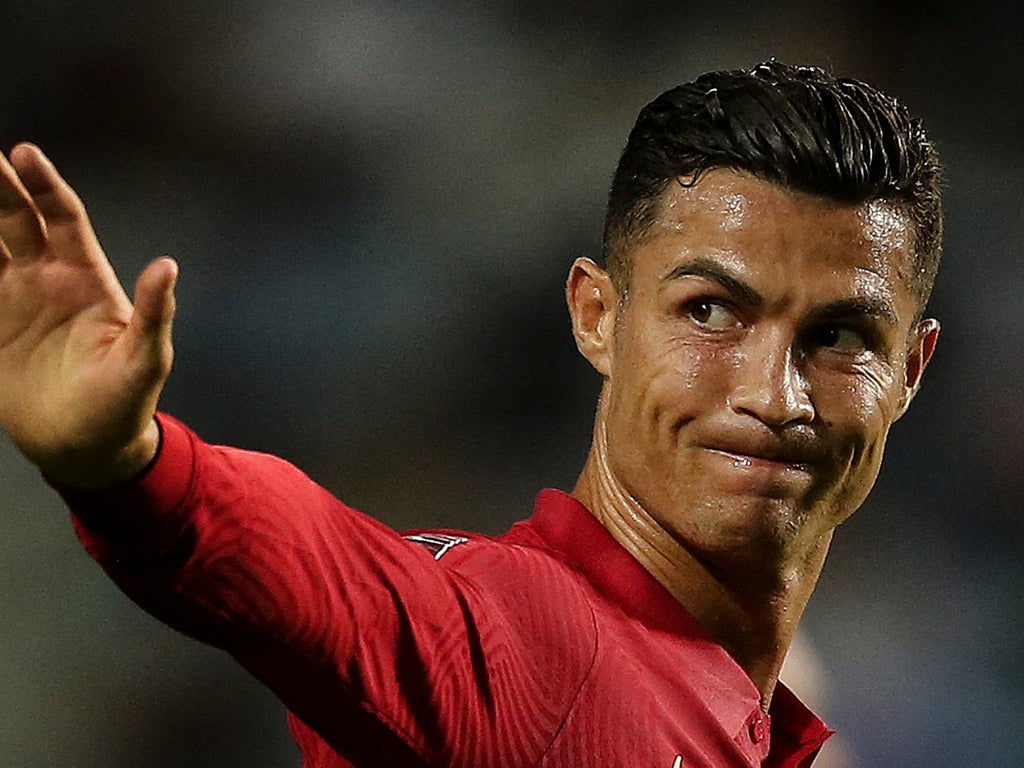 Cristiano Ronaldo could return to Manchester United sooner than expected after being released from international duties early by Portugal.

Ronaldo is suspended for his country’s World Cup qualifier against Azerbaijan next Tuesday following his booking against the Republic of Ireland on Wednesday night.

The 36-year-old took off his jersey after scoring an stoppage-time goal in Portugal’s 2-1 win, having also scored his equalizer in the 89th minute.

Portugal head coach Fernandes Santos has cleared Ronaldo out of the camp despite his captain being eligible to play in Saturday’s friendly against Qatar.

A statement from the Portuguese Football Federation said: “Cristiano Ronaldo was dismissed from his national team duties on Thursday.

“The yellow card against Ireland, as the second in this qualifying round, forces them to serve an official penalty match, which will follow against Azerbaijan.

“This morning, the national team captain was among the group of players who carried out salvage work at the hotel.

“Fernando Santos also led a training session on a lawn next to the hotel unit used by the national team while in the Algarve.”

The United striker, who has now scored 111 goals for his country, is set to make his debut for the club against Newcastle United on September 11.

Ronaldo made a £ 19.8million transfer to United from Juventus earlier this week, having left Old Trafford for Real Madrid in 2009 for a record £ 80million at the time.

Lewis Hamilton’s McLaren up for auction