The Tunisian women’s team begins its preparation this Sunday for the handball world championship (December 1, 19). After leading his protégés to 3rd place in the African Championship in Yaoundé, Tunisian coach Moez Ben Amor at the microphone of Africa sports news, has set itself the new objective of reaching at least the second round for this World Cup in Spain.

From our correspondent in Tunisia,

Triple African champion (1974, 1976 and 2014), Tunisia is indeed one of the strongholds of women’s handball on the continent. The Tunisians again distinguished themselves at the African Championship in Cameroon under the leadership of technician Moez Ben Amor. On June 18, they notably won the bronze medal by beating the Congo by 22-17 in Yaoundé. Thus, coach Ben Amor, who had set himself the goal of being in the last four, succeeded in his challenge to the great happiness of the Tunisian Technical Department.

The captain of Tunisia Fedia Omrani and her teammates then begin this Sunday preparation for the world championship in Spain. Coach Ben Amor has set a new goal for himself. Determined and very ambitious, he intends to succeed where all his predecessors failed. He wants to lead his players to the 2nd round of the world hand mass, or even beyond.

“We did indeed have a good run in the African championship. We were able to win the bronze medal. It was not easy. The players fought to get there. Our goal is to reach the second round of the world. Until then, the senior teams of Tunisia have not managed to reach this milestone. After, we will see how far we can go», Entrusts the coach to Sports news in Africa.

“The decisive match will be against Congo” 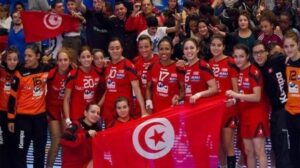 Tunisians take the stage this Sunday

For this 2021 World Championship, Tunisia is also housed in Group F along with Denmark, Congo and the next Asian Cup winning country. The technician knows that this time qualifying for the second round is within the reach of his players.

“Denmark is a great handball nation. We will also have the winner of the Asian Championship. It will be South Korea or Japan. The other adversary is the Congo that we learn well. We did indeed meet at the African championship. The decisive match will be against Congo. The only need to beat them to qualify on the 2nd tour. We will do everything to qualify ”, thus supports the Tunisian coach. The first 3 of each group validate their ticket for the 2nd round.

“We will have all our expatriates at our disposal” 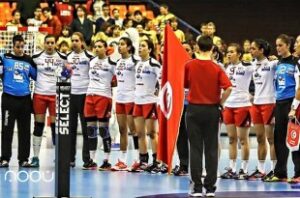 Tunisians have already prepared for the World Cup in December

Moreover, expatriates will participate in the friendly tournament scheduled for October 4 to 10 in France. A great opportunity for the staff of Tunisia to integrate expatriates in the development of gaming systems.

The Tunisian women’s team has notably participated 9 times in the world handball championship without ever crossing the first round. For the 10th participation, Ben Amor and his “daughters” intend to qualify for the 2nd round at all costs.