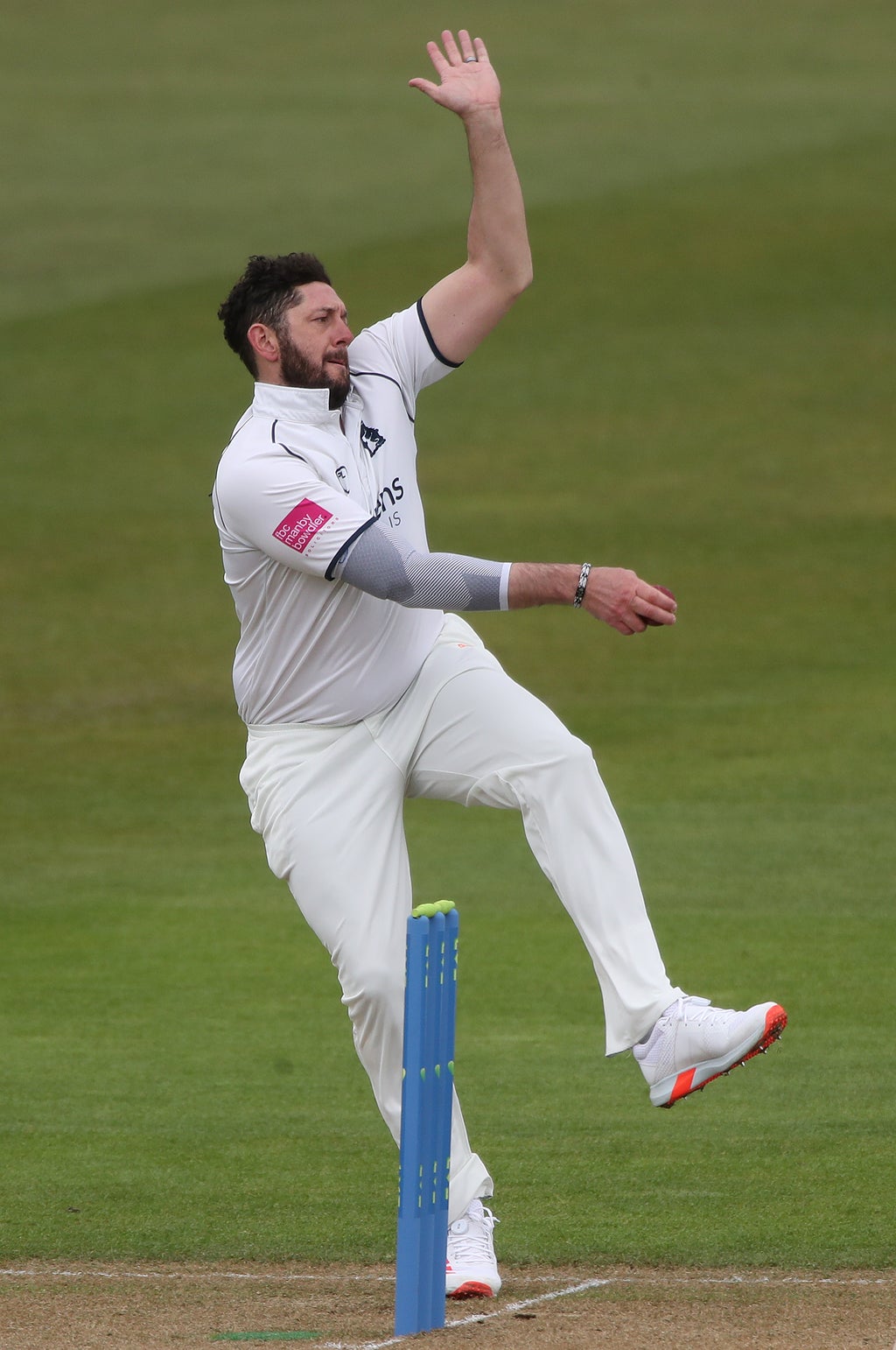 With a 224 lead, Warwickshire reduced Yorkshire to 50 for three before the end of day two at Emerald Headingley as Tim Bresnan returned to haunt the county with which he won two league titles in 2014 and 2015.

The all-round veteran contributed a precious 36 in the second innings of Warwickshire 176, then took three catches in the slips as the Yorkshire lost Adam Lyth, George Hill and Dawid Malan before the stumps – the latter out of the last ball of the day.

That leaves Yorkshire ahead of scoring 174 with seven wickets in hand, knowing that this game’s loser is almost certainly out of the race for the title.

Hampshire, third, hold the advantage over leaders Nottinghamshire after opening a 204-point lead at the Ageas Bowl.

Keith Barker got a career record seven for 46 as Nottinghamshire were sacked for 155 in response to Hampshire’s score of 226 for the first inning.

The momentum shifted again as Hampshire was reduced to 28 for four at the start of their second inning before James Vince and Liam Dawson combined to add 82 points for the fifth wicket, although late wickets fell for leave Hampshire on 133 for seven at stumps.

Jack Blatherwick first played for Lancashire in the County Championship on Monday and took the opportunity to take four wickets to help punish Somerset.

After the visitors finished their first innings at 373, Blatherwick took four for 28 and Tom Bailey claimed three for nine as Somerset slumped to 90.

Forced to call, things improved as Tom Lammonby hit 100 of 103 to help them reach 226 for four at the end, although they still lag behind at 57.

In the Second Division, Surrey captain Hashim Amla put up a lone resistance as Essex took full control of their game at the Kia Oval.

After racking up a total of 439, built on a stunning 165 Sir Alastair Cook Essex set out to dismantle their visitors, who finished the second day 107 for seven despite Amla’s 58 not exiting.

Matty Potts and Liam Trevaskis both racked up half centuries in a ninth wicket record for Durham as they gained full control of their game against Northamptonshire.

Potts (81) and Trevaskis (77) put in 149 for the penultimate wicket, a record against Northants and only a record timid against any county.

This gave Durham a 217 lead in the first inning before the hosts eliminated 10 points without a loss before the strains.

Gloucestershire closed 224 for four in response to Glamorgan’s 309.

In the Third Division, Kent’s all-rounder Grant Stewart took four for six in nine overs to tear up Derbyshire’s first order, finishing with five for 23 as the hosts were knocked out for 156.

That left Kent with a lead of 129, and they were leading by 276 when bad light stopped play after Zak Crawley and Jordan Cox each had half a century with a 147-to-one score.

John Simpson led a Middlesex retaliation against Worcestershire as they finished Matchday 2 with 233 for six in their second set, a 206 lead.

Things had looked a lot different when three Charlie Morris quick wickets left them on 39 for four, but Simpson ended the day unbeaten on 58 after Max Holden made 46 and Martin Andersson 45.

Hassan Azad and Lewis Hill have both scored centuries as Leicestershire made a strong response to Sussex in their first innings.

After knocking out visitors for 359, Leicestershire hit stakes with 291 for two after Azad finished undefeated with 122 and Hill was not out 109.

ICC wants cricket to return to Olympics in 2028