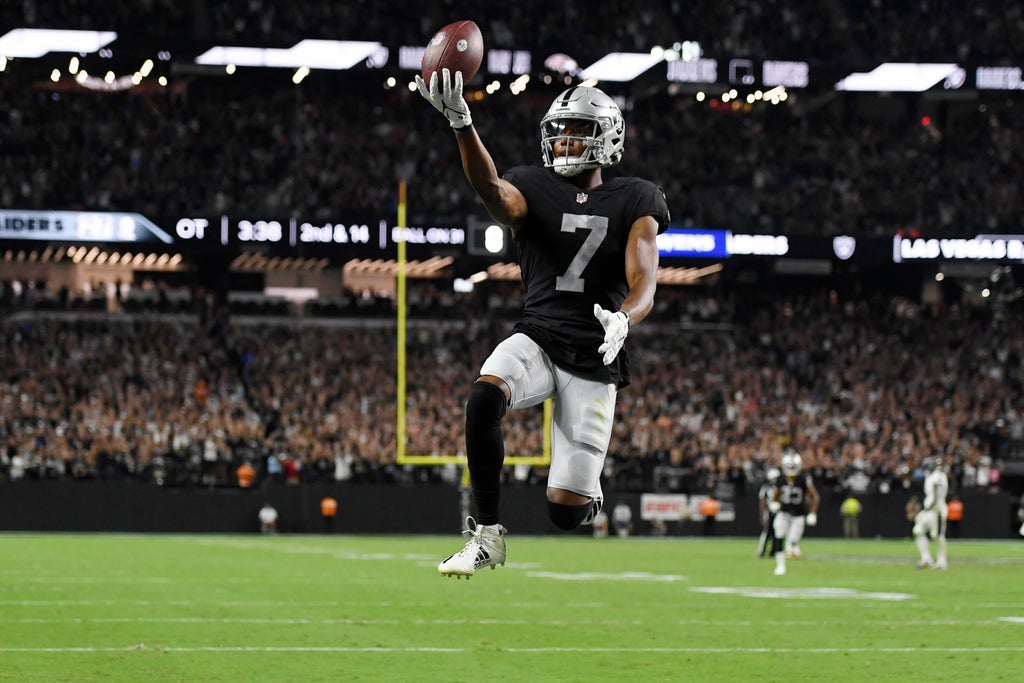 A 31-yard touchdown pass from Derek Carr sealed a thrilling overtime victory for the Las Vegas Raiders as they defeated the Baltimore Ravens 33-27 in the NFL on Monday night.

In the Raiders’ first game in front of spectators in Las Vegas due to past pandemic restrictions, Carr hit Zay Jones with his second TD pass of the night to cap the comeback victory.

The Ravens led 7-0 in the quarter after Ty’Son Williams ran 35 yards for a touchdown, and 14-0 halfway through the second quarter after a 10-yard touchdown pass from Lamar Jackson to Marquise Brown.

A close touchdown to Josh Jacobs and a 34-yard field goal to Daniel Carson made it 14-10 at halftime, but Baltimore restored their lead to 17-10 thanks to the third quarter’s lone score, a 40 – field goal to Justin Tucker.

The floodgates then did open in the fourth, with Las Vegas finding the end zone in the form of Jacobs’ second before Baltimore regained the lead with an eight-yard run from Latavius ​​Murray.

A receiving touchdown to Darren Waller brought the teams to level again, before each team hit a late field goal to force overtime.

Carr threw for 435 yards to lead all quarters in Week 1, while Jackson ran for 86 yards on top of his 235-yard passing effort.

Raducanu’s US Open title pushed her up 127 places to first place. 23 | Sports

One sport has given Indonesia all of its Olympic gold medals. The streak continues in Tokyo.