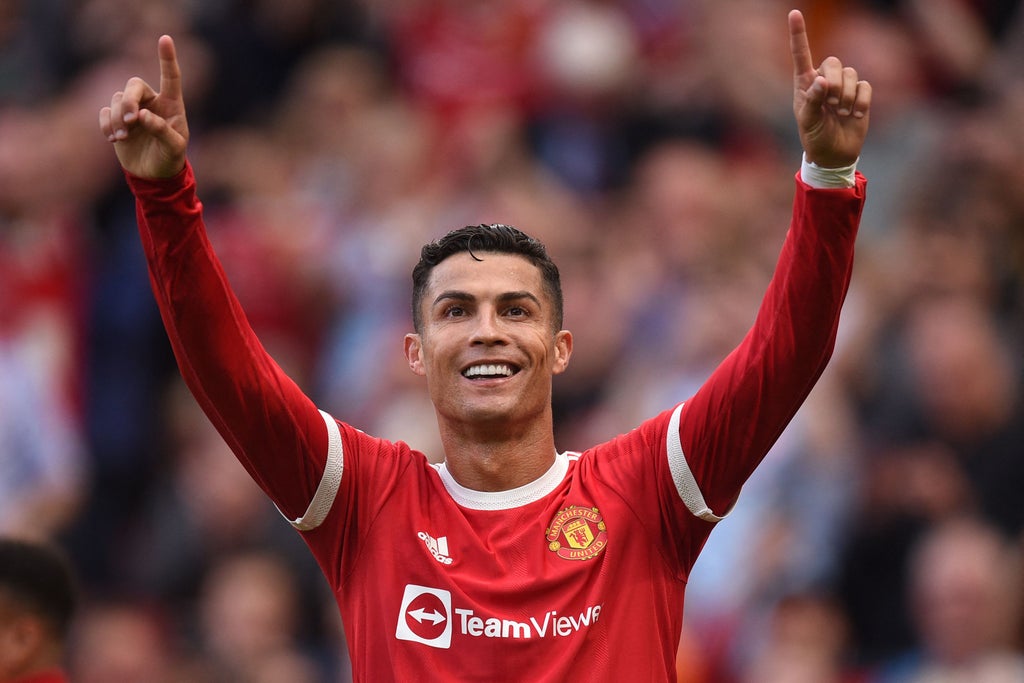 Cristiano Ronaldo has urged his Manchester United team-mates to sacrifice everything to end the club’s famine in a rousing speech ahead of his second debut, it has been learned.

United manager Ole Gunnar Solskjaer has confirmed the Portuguese star gave an inspiring speech as part of his initiation on Friday night, before making his first appearance for the club since returning from Juventus the following afternoon .

Ronaldo scored twice in the 4-1 win over Newcastle at Old Trafford and it has been reported that the 36-year-old has asked his new team-mates to help hand him trophies to the club on his second stint in English football.

United haven’t won a major trophy since 2017, but Ronaldo are reportedly keen to help the club ‘dominate football’ as they did under Sir Alex Ferguson and before the forward left to join Real Madrid in 2009.

As reported by The sun, Ronaldo reportedly said, “I didn’t come back to be a cheerleader. If you want to be successful then I need you to love this club from the bottom of my heart.

“You have to eat, sleep and fight for this club. Whether you are playing or not, you have to support your teammates and always give yourself 100% for the club.

“I’m here to win and nothing else. Winning brings us happiness. I want to be happy, and you? I will do my best for the team but I also need your support. Are you ready to fight? Are you ready to leave it all on the ground? “

Solskjaer said Ronaldo had “lifted the club” after his spectacular transfer from Juventus in the dying days of the transfer window.

“The atmosphere was electric around the club, the fans have really enjoyed the last 10 days since his signing,” said the United manager after the win over Newcastle.

“He puts everyone around him, he sets demands on himself, which then places demands on his teammates and on us and that’s why he’s done so much in his career, he’s been so disciplined.”

Ronaldo could make his first appearance for United in the Champions League in 12 years tonight as the club travel to Switzerland to face Young Boys in their opener of the group stage.