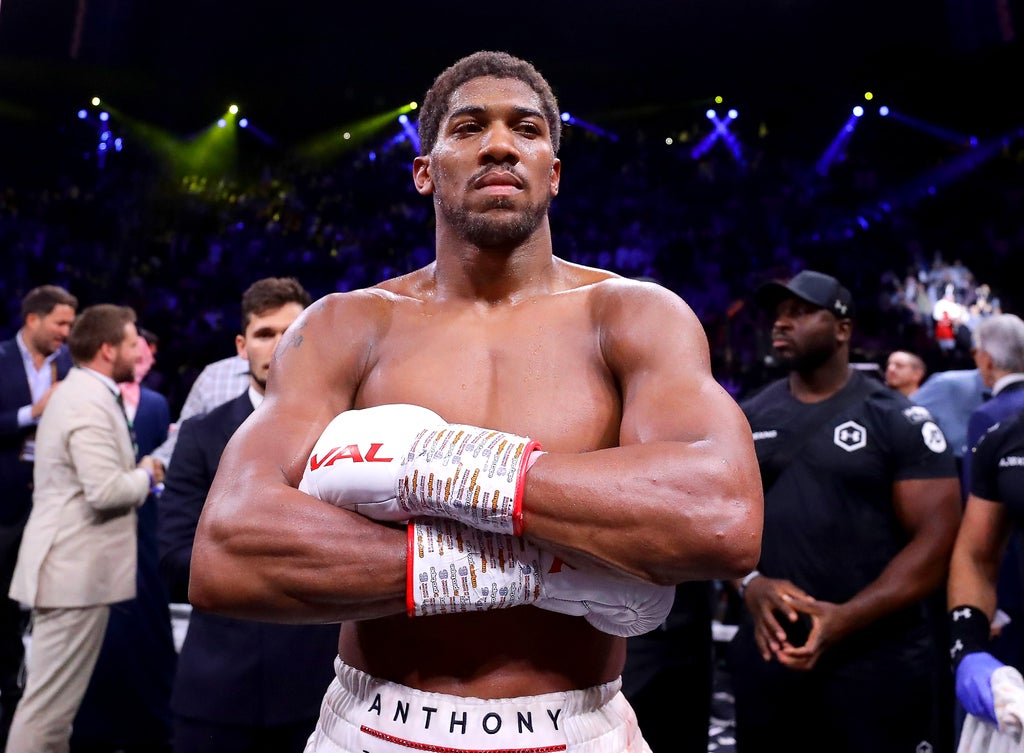 Anthony Joshua “ripped Tyson Fury’s head off” when the two met in a closed-door training session over a decade ago, it was claimed.

Joshua and Fury’s long-awaited world heavyweight title clash has yet to come to an end, although Fury has announced that a date and location has been agreed for the unification fight earlier this year.

But British rivals have faced each other in the ring before, with Fury trading blows with then-amateur Joshua at a London gym in 2010.

Only a handful of other fighters and coaches were in attendance for the session, including Joshua’s former coach Sean Murphy, who claimed Joshua got the better of the “Gypsy King” in the three-round bout.

Joshua was two years away from fighting for Great Britain at the London 2012 Olympics, where he won heavyweight gold, and Murphy said Fury expected a few easy rounds against the amateur, only for Joshua to land an early blow and irritate the 10 – 0 Fury.

“They came out and Josh threw an uppercut, a left hook and [Fury] was on rickety legs! Murphy told BBC Radio 5 Live.

“He’s got the ropes and I’m like, ‘No you can’t do that, you can’t hold the ropes,’ and he gets away with it. But Josh got the better of him in the third round.

“I told him for the second to go do what he did, but Tyson starts talking to Josh, whispering in his ear.”

“So Josh gets a little wild, trying to knock him out, and I had to tell him to stick to his boxing and do as I told him and ignore the conversation.

“So he went out on the next round, ignored him, and pulled his head off.”

Murphy then decided to take Joshua out of the ring, but said Fury demanded one more turn.

Shortly after the workout, Fury was quoted by BBC London as saying Joshua was one to watch after admitting he was caught by the amateur.

“If I had had a slightly weak chin, I would have been knocked out for a month,” Fury said at the time. “He’s very, very good and he’s only young, 20 years old, watch out for that name Anthony Joshua – he’s a prospect for the future.

However, Fury changed his story years later, and in 2018 claimed he was out of shape during the reunion.

“We already had a spar. He had a few good hits and then I started hitting him around the body, ”he said. “He was lifting his legs in the corner, there were ten people in the gym who saw him do it.”

Joshua gave his own version of events in 2016, saying, “I didn’t even know who Fury was. He was in London at the time, coming from Manchester. I couldn’t knock him out, we both hit each other with big blows, powerful blows. “

Joshua will face undefeated Oleksandr Usyk on September 25, before Fury returns to the ring for the first time in 18 months when he takes on Deontay Wilder for the third time in Las Vegas on October 9.