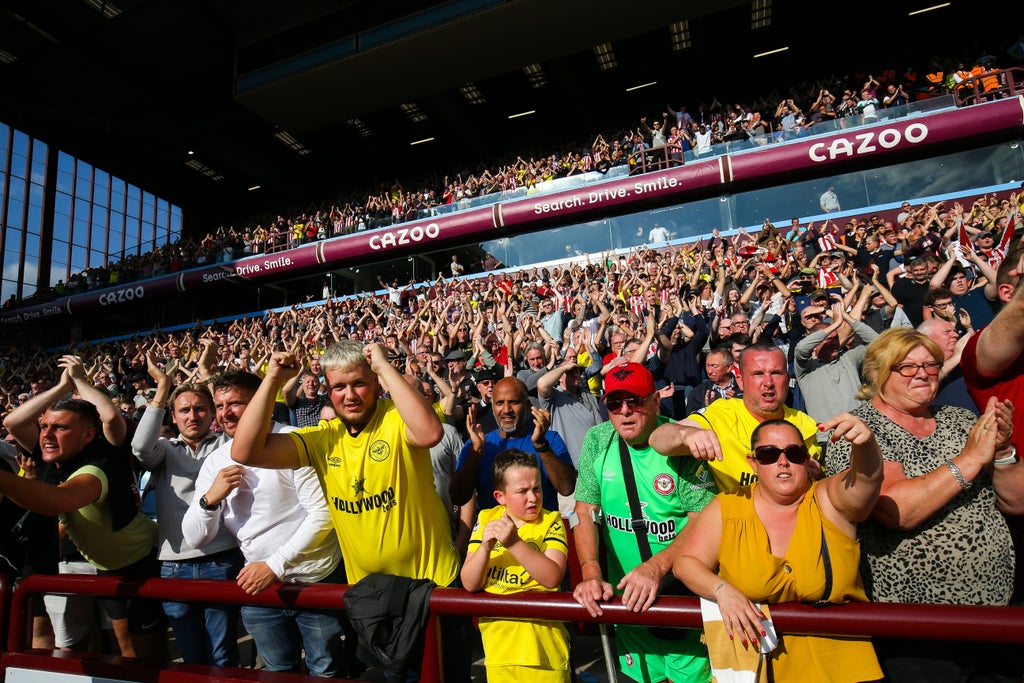 Unvaccinated adults will be banned from major sports venues in England if the coronavirus pandemic puts unsustainable pressure on the NHS over the winter.

The government on Tuesday presented its plan for the coming months, which includes “plan B” measures in the event of a significant worsening of the pandemic.

Certification of the vaccine alone would mean that proof of a recent negative lateral flow test would no longer suffice.

The government has said it will not introduce compulsory certification from the end of this month, as reported earlier in the summer, once all over 18s have been given the opportunity. to be overtaken.

However, it encourages voluntary use of the NHS Covid Pass and reserves the right to make certification mandatory if the situation worsens.

The certification was tested during the government’s Spring and Summer Events Research Program (ERP), which included England’s matches at Euro 2020, Wimbledon and the British Grand Prix.

The government document Covid Response: Autumn and Winter Plan states: “Public Health England’s analysis of the events research program found that although evidence of a full vaccination or negative LFD test is not would not completely eliminate the possibility of an infectious individual witnessing an event, it should reduce the likelihood of a person transmitting highly infectious amounts of the virus to large numbers of people participating in the event.

“The study concluded that promoting the participation of fully vaccinated people in events will be important in mitigating the risks.

“For sites, certification could allow establishments that have experienced long periods of closure to remain open, versus more stringent measures that can dramatically reduce capacity or cause them to shut down completely.”

Premier League clubs have been carrying out certification spot checks since the start of the season, as part of what they see as careful planning to ensure full capacities can continue should restrictions tighten.

Chelsea said on July 28 that proof of double vaccination or a recent negative test would be required to enter the men’s and women’s home games this campaign.

EFL guidelines released on the eve of the current season encouraged people who were not doubly vaccinated to take a lateral flow test before attending a game.

The government has said it will give companies at least a week’s notice before mandatory certification goes into effect.