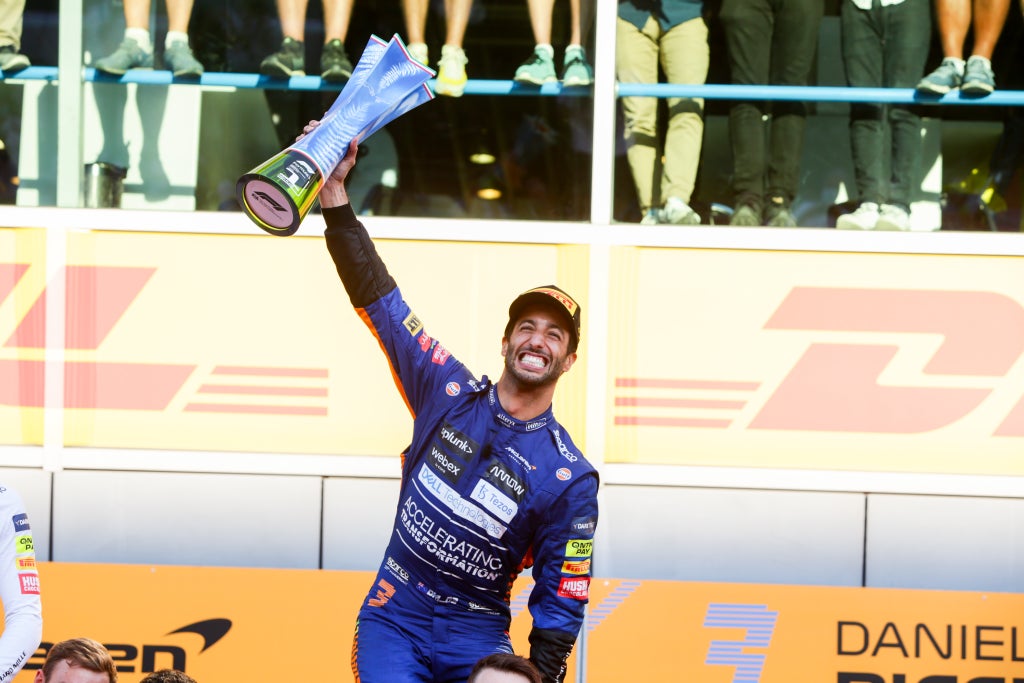 Daniel Ricciardo explained that he “never lost faith” that he would return to the top step of the Formula 1 podium despite a difficult season at McLaren.

It was Ricciardo’s first win since the 2018 Monaco Grand Prix, with the 32-year-old admitting he had struggled at times in 2021.

“It was the most difficult year I have had in a long time,” Ricciardo explained to Sky Sports F1.

“But it also allowed me to get to know myself better as a person and as a competitor. How much it still means to me, how much I want it.

“To be the guy with the team’s first win in nine years is pretty special.”

Ricciardo seized his opportunity after a chaotic race in Lombardy.

Red Bull’s Max Verstappen crashed into title rival Lewis Hamilton of Mercedes, knocking them both out of the race.

The Dutchman has been given a penalty of three grid places for the Russian Grand Prix next weekend.

Ricciardo attributed the time in the United States on a friend’s cattle ranch to refocus after a year of challenges and help him achieve a famous victory for McLaren.

“You can easily get lost,” Ricciardo revealed.

“You know, deep down I would have times of frustration or times of, yeah, nodding my head, but I kind of made a point of never letting this last. I also made a point of trying to learn something from it and learn from it.

“For a moment you fall in love with the sport, but actually the clarity you get afterwards kind of makes you realize how much you love it and how much you want it. I would step back to the hilt. “