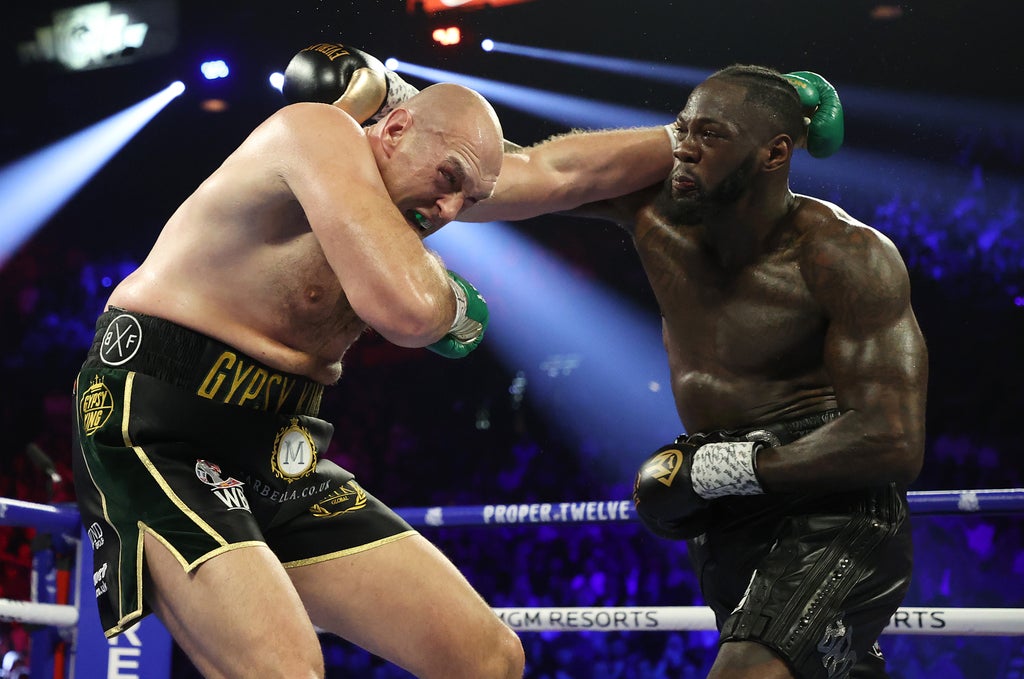 Heavyweight Deontay Wilder has accused his rival Tyson Fury of lying about testing positive for Covid to get out of their trilogy fight.

The final installation of the Fighter Trilogy was originally scheduled for July 24, but was moved to October 9 due to Fury’s positive result. The Briton won the last fight, winning the WBC belt in February 2020, after the first fight was declared a draw in December 2018.

Wilder believes Fury ran away from the third fight, suggesting that is why his opponent has said he caught the virus.

“I’m just tired of the lies. That’s all, we read. This is what I believe. And many others do too – the whole world believes these are all lies. And it makes me really sick to hear that because so many people have died from Covid, ”he told 78SportsTV.

“People I know have had family members who died from it. Hearing other people use that as an excuse to get out of something is just horrible, man.

“May they burn in hell for this. Especially for something like this. Because the dude said he has Covid, so the next minute you see him in so many different places. It’s just ridiculous. He’s been trying to run away from me since July of last year. He paid hundreds of thousands of dollars to try to avoid me.

“They found so many excuses to try to avoid me. They contradict each other so many times and it’s just ridiculous at this point. You have to shut up or shut up. “

If the Briton withdraws from the fight again, Wilder has said he expects to be paid in full and Fury to hand over the WBC belt.

The fight was not on Fury’s priority list because he had lined up a fight with compatriot Anthony Joshua, but a court ruled that the ‘Gypsy King’ must fulfill his trilogy obligations with Wilder.

UAE can do a fabulous job if they host more events in the future: BCCI Secretary Jay Shah