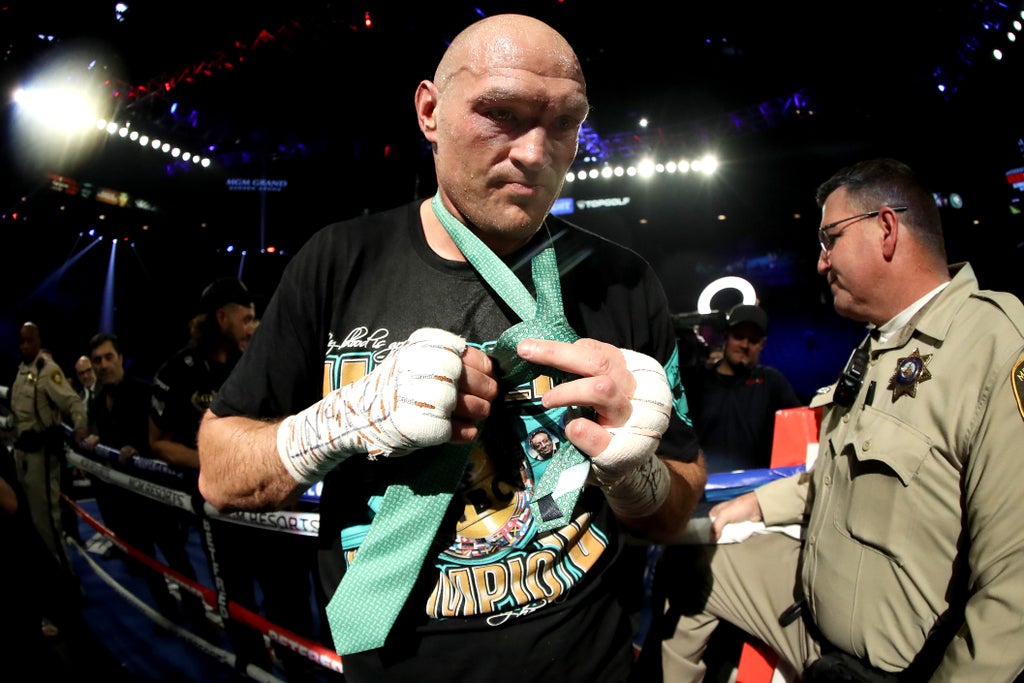 Tyson Fury said he “didn’t want to live anymore” after defeating Wladimir Klitschko to become the heavyweight world champion in 2015.

Fury has been open about his battles with sanity in the time following his shock win over the Ukrainian and has said he is on a “downward spiral”.

The “Gypsy King” has also struggled with alcohol abuse and hit 28 stones during his two and a half years out of the ring.

He returned to boxing in 2018 and rose from the canvas to secure a sensational draw against WBC champion Deontay Wilder, just months after his return to the sport.

Fury then defeated Wilder in February 2020 to reclaim the heavyweight crown. He hasn’t fought since but is set to face Wilder for the third time in Las Vegas on October 9.

In an interview with Gary Neville on his Overlap show, Fury, 33, said he was now in a better place to deal with his victories after admitting his victory over Klitschko and his World Championship title left him feeling like he had nothing else to do. accomplish.

“Before, it was like I took over the world and there was nothing else I wanted to do,” Fury said.

“My dream when I was a kid was to beat Klitschko. When I was young Klitschko was world champion so I always watched him and when I finished it it was over for me.

“I didn’t want to continue, plus I was mentally unstable. Coming into this fight, I was very depressed, depressed, and anxious. I always had this goal of beating Klitschko which kept me on track, but after that goal was taken from me I had nothing else to focus on to give me that motivation.

“It was like a totally downward spiral and I didn’t want to live anymore. I was happy to die at 27. I was happy to finish, that’s all. Nothing and no one could bring me back.

“Not my wife and kids. I did not care. Every day I woke up, I just wanted to die. It was a crazy way to be, but only people who’ve been through depression and all that stuff will understand what I’m saying.

“I never thought I would go back to boxing. It wasn’t a good time in my life. It was a dark, lonely place that I don’t want to go back to. “

Fury remains adamant that his next fight will be the long-awaited unification fight against his British rival Anthony Joshua, who will face Oleksandr Usyk on September 25.

A deal for the fight looked set to be made earlier this year before Fury was ordered to face Wilder for the third time.

“I think sooner or later it has to happen. Even if we go AWOL, throw all the belts in the trash, to fight? I would, if that makes sense. But I’m not sure he would be willing to do that. “