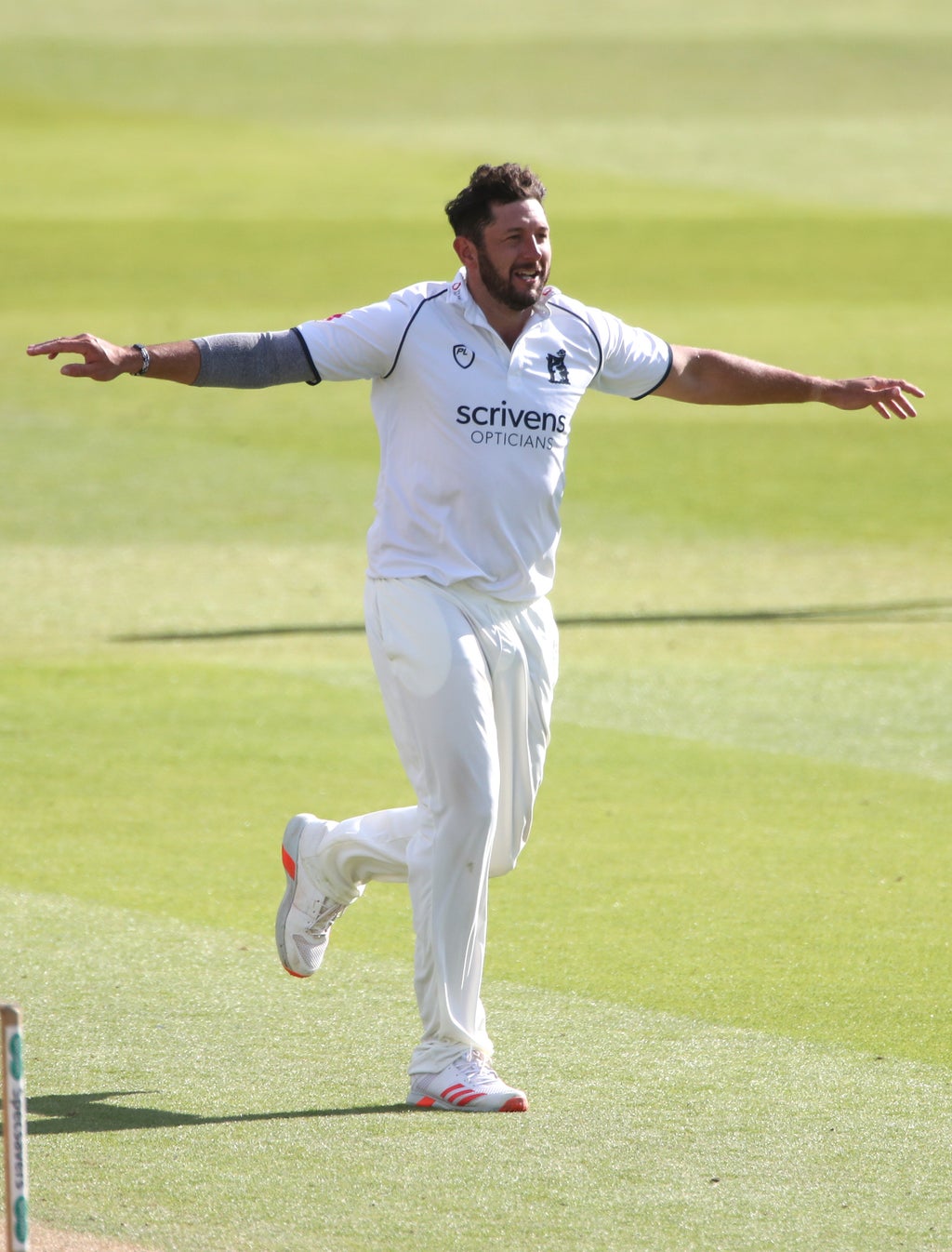 Warwickshire kept up their hopes of winning the LV = Insurance County Championship, thus ending Yorkshire’s, with a victory on the final day at Emerald Headingley.

The Bears defended a 224-point goal to win by 106 points and place second in the Division 1 standings heading into next week’s blockbuster final round, 3.5 points behind leaders Hampshire.

Heading into that final round, in the race for the championship and qualifying for the Bob Willis Trophy final, the top four teams in Division 1 are only 6.5 points apart.

After a third day of washing due to the rain, Yorkshire resumed the fourth day of 50 for three and was eliminated for 117 in 75 minutes of play.

Chris Woakes claimed three for 26, while Tim Bresnan also finished with six catches in innings on the first slide. He is only the third bear to achieve this feat in first class cricket alongside Rikki Clarke with seven and MJK Smith with six.

It took only 78 minutes for Gloucestershire to eliminate Glamorgan on the final day of their Division 2 match.

The 10 wicket victory at Sophia Gardens earned them 22 points to move up to second place in the standings.

Ethan Bamber’s four wickets led the charge as Middlesex beat Worcestershire by 101 points in Division Three to record four straight wins in a County Championship season for the first time in 26 years.

The young couturier passed 50 first-class wickets for the season returning four for 28 as the Pears failed in their pursuit of 221 despite a 42 no fight from Gareth Roderick.

Martin Andersson was also in the wickets for the home side with three for 22, all after Middlesex was knocked out for 247 in his second inning at the start of the final day, Charlie Morris taking six for 52.

Kent completed a league-winning hat-trick, beating Derbyshire by 130 points in Derby to be just two points behind Middlesex.

After Kent declared 211 for two, giving Derbyshire an unlikely 341 for the win, the home side were eliminated for 210.

Nathan Gilchrist took four for 30 after Grant Stewart claimed the first two wickets to cause Derbyshire to collapse.

Only an eighth wicket of 70 between Anuj Dal – who finished 58 not eliminated – and Ben Aitchison brought Derbyshire closer to the target.

Hashim Amla led the Surrey rearguard action with tremendous skill and commitment as Essex were forced to accept a draw in their Division 2 match at the Kia Oval.

In truth, it was the loss of the entire third day to bad weather that really cost Essex the chance to add a third straight win to the victories over Glamorgan and Gloucestershire over the past fifteen weeks.

But the impressive sense of Amla’s batsman, who saw him take 34 steps in a second inning totaling 113 for two after scoring 84 the first time around, was the main reason they couldn’t eliminate. Surrey twice after the home side picked up on 107 for seven and initially reached 161 in response to Essex’s first innings 439.

Before and after the Surrey follow-up, it was Amla, 38, who presented the widest of the bats in the chic Essex bowling attack before the hands were clenched at 4:34 p.m., with 17 no overs play. Essex took 12 points and Surrey six.

Versatile Sales, the 18-year-old son of former Northamptonshire hitter David, made a sublime 53 out of 120 deliveries in his second appearance with the red ball to lead a gritty rearguard on the final day.

Luke Procter scored 44, while undefeated Simon Kerrigan ate 135 heroic balls as they took the lead with 10 overs to lose, to ensure their team avoided defeat.

Matty Potts took four for 48 for Durham to return career-best numbers of eight for 90, but neither he nor his attacking partners were able to find a full set as Northamptonshire reached 230 for nine at the end.

Leicestershire scored an extraordinary set and five-point victory over Sussex in a Division Three match that looked destined to end in a draw at Grace Road.

After Hassan Azad (152) and Lewis Hill (145) turned their hundreds into career best scores and there was a first half-century for Louis Kimber, a statement at 492 for four gave Leicestershire a lead of 133 in the first rounds.

But their absence with main wicket-taker Chris Wright due to injury, knocking out Sussex in the remaining 48 overs seemed a long shot, even with Fynn Hudson-Prentice unable to beat after breaking a hand in the first few. sleeves.

Yet after hitting 117 for three – just 16 races to clear their backlogs and get the hosts beaten again – an inexperienced Sussex team containing five teenagers lost their last six wickets for 11 races to be beaten with 16 balls remaining. .

Whitecaps take on Loons in Utah before returning home