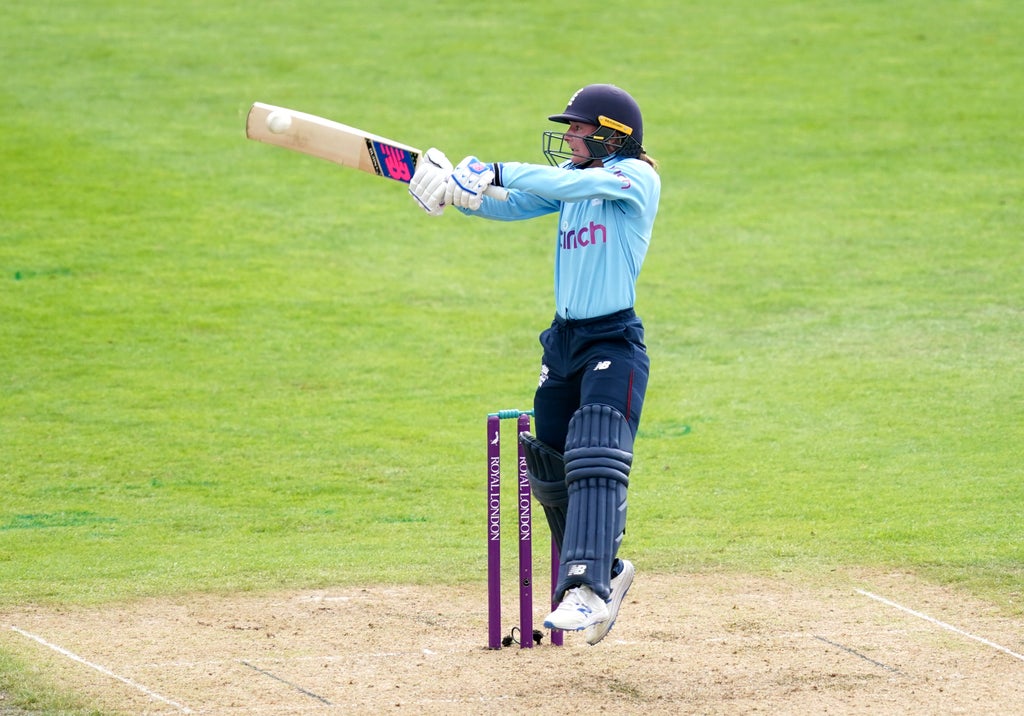 Danni Wyatt is determined to earn a place in England’s middle order after playing in his 200th international appearance to help secure a 13-point victory over New Zealand on the DLS method.

Wyatt hit an unbeaten score of 63 to take the hosts to 197, sharing a record 10th wicket for England in the One-Day Internationals with Tash Farrant before Charlie Dean took four wickets to advance the hosts 2- 0 in all five playoff games.

It was Wyatt’s first ODI since February and the 30-year-old was excited to show off what she can do in a new mid-order role.

“It’s not up to me, but all I want to do is keep scoring points every time I’m out there in the middle,” said Wyatt, who came in from the side with Katherine Brunt. rests.

“I feel good, I changed a few things technically and I hope it will continue.

“I’m really happy with how it went, I trained well and talked a lot with head coach Lisa Keightley about my game and my role in the squad which is now in medium order.

“I didn’t think too much, I just went over there and knocked. I really supported myself and Tash Farrant came out and hit really well so it was good to get a few runs and show everyone what I can do in the middle order. “

Wyatt is only the seventh England player to make 200 international appearances.

“It’s a special feeling to know that, but I try not to think about it too much and play like it’s any other game,” she added. “I still feel pretty young and can’t believe I’ve played 200 matches. It’s like I made my debut yesterday.

“I hope I have made my family proud and I hope there will be many more games to come.”

The rain delayed the game with New Zealand 111 for four in their pursuit and their goal was adjusted to 183 – increasing their required run rate with 72 needed over 18 overs.

Dean, 20, played after his second international game was late, finishing four for 36 on his eight overs.

“It’s a good option for Charlie at this wicket to play straight. Thanks to Deano and Heather (Knight, captain) for trusting Deano. She has played well throughout the season and she (Knight) is supporting her to take wickets for us. She certainly made us all proud today. “

New Zealand captain Sophie Devine was bitterly disappointed that the White Ferns were unable to pursue their target.

Devine said: “It actually hurts a bit. I thought we had done exceptionally well to take them out for a lower than normal total and that not finishing the job with the bat was hugely disappointing.

Yokozuna Terunofuji bounces back to retain lead in fall basho