Tragic! The word is probably not too much to describe the death of Agnes Tirop. Kenyan athlete stabbed to death in her home in Iten, Kenya, according to The sun. She was only 25 years old.

The sad news, especially to be related to his sporting trajectory. She has just broken the world record (30:01) reserved for 10 km. It was in September in Herzogenaurach (Germany). The death of Agnes Tirop therefore caused a reaction.

The Kenyan President also paid him a tribute: “It is disturbing, utterly unhappy and very sad that we have lost a young and promising athlete who, at the young age of 25, had achieved so much glory in our country thanks to her exploits in the world of athletics. , including in 2020 this year. She was at the Tokyo Olympics where she was part of the Kenyan team. It is even more painful that Agnes, a Kenyan heroine to all, lost her young life due to a criminal act perpetrated by selfish and cowardly people.. “

A promise among young people

Agnes Tirop leaves, leaving behind a track record that throws envious people. Already in juniors, she had started to achieve exploits. She won the silver medal at the African Cross Country Championships in Cape Town in 2012. She then won the 5,000m bronze at the Under-20 World Championships in Barcelona in 2012.

Agnes Tirop then joined the seniors in 2015. That year, she distinguished herself in Guiyang (China). She thus won the World Cross-Country Championships there. She also becomes the second youngest to win this women’s title. In 2017, she decided to set sail for the 10,000m. At the World Championships in London, she took bronze in 31: 03.50. She then did it again in 2019 with a time of 30: 25.20.

In 2021, Agnes Tirop dates third at the Kenya Olympic Trials at 5,000m. She also finished fourth at the Tokyo Olympics.

“Athletics has lost one of its brightest young stars in the most tragic circumstances, said World Athletics President Sebastian Coe. A world cross country champion at just 19, Agnes Jebet Tirop burst onto the world stage in 2015 and has been one of the best long distance runners in the world for the past six years. This is a terrible blow to the whole athletics community, but especially to his family, friends and Athletics Kenya and I send them our deepest condolences.“ 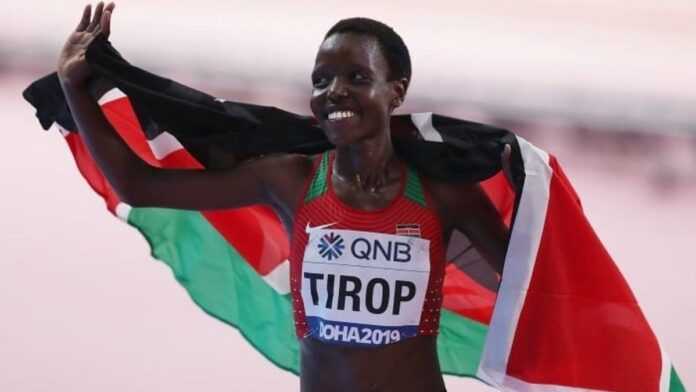 A career that is therefore tragically dated this Wednesday, October 13. End of course for a star that had started to shine.

A football world cup every two years? An expert runs the numbers