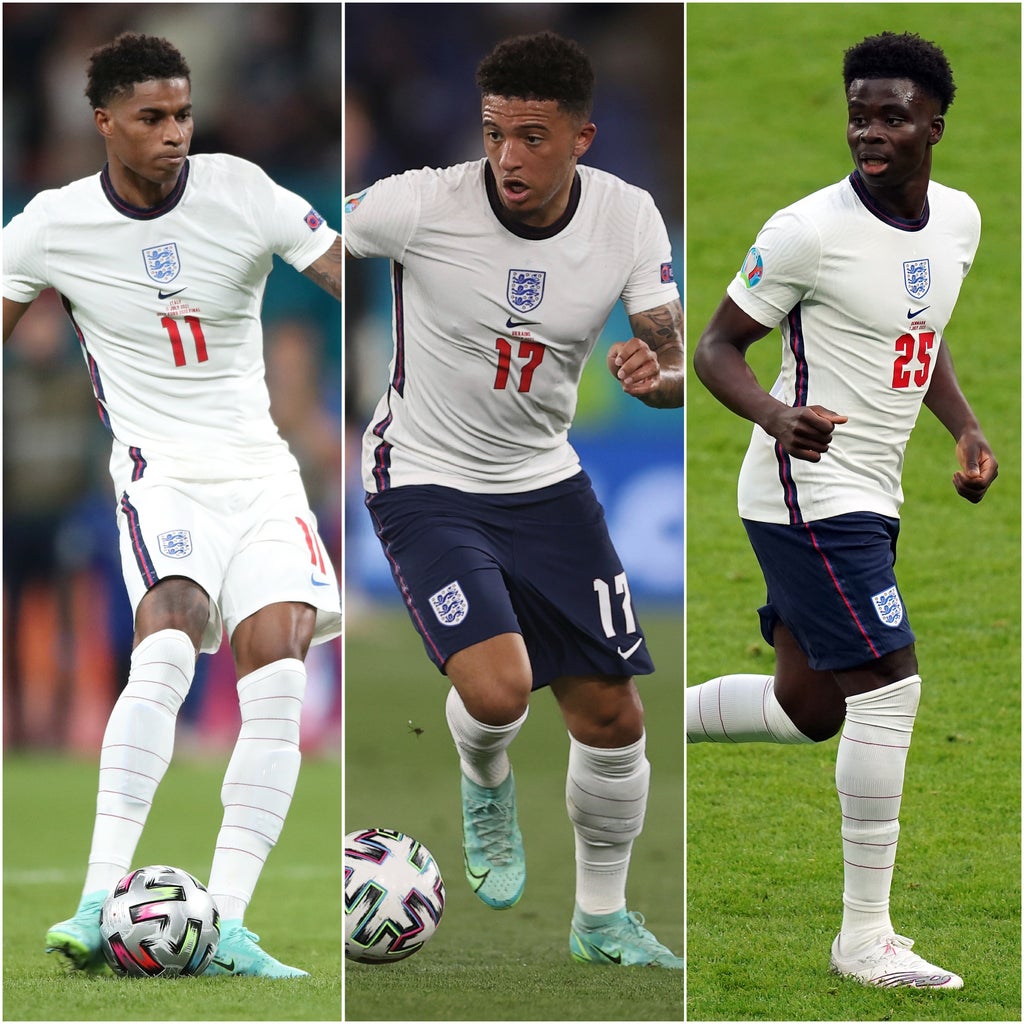 Raheem Sterling believes that racist abuse is still not taken as seriously as other social issues.

Following England’s loss to Italy on penalties in the Euro 2020 final at Wembley, Jadon Sancho, Marcus Rashford and Bukayo Saka were all targets for social media trolls after missing shots to the goal during the shooting.

Sterling, 26, struggles to understand why more is not being done in society at large to tackle the problem.

Speaking at the FT Business of Sport summit, Sterling said: “I kind of took a step back from constantly speaking in the media, I would say, and trying to take more action within my limits. , what I can do and how I can help. , and I think that’s the most important thing.

“It’s that we can ask for help once or twice – I shouldn’t even say help, because that should be a case where you see a situation happening and it should be allowed to happen.

“I always mentioned that if there were comments on something else, I think things would be taken a lot more seriously.

“I think when it is mentioned (as) racist abuse, I don’t feel it is taken as seriously as if you mentioned some other subject.”

Sterling admitted it was “disappointing” that his England team-mates were targeted by their own supporters.

“You come to work, to do your best to try to win a football match, to progress and be scored, to take a penalty for your country,” he said.

“I don’t think a lot of people understand the pressure that some people are under.

“I generally believe the boys were confident and, of course, missed, which as a player nobody likes to miss a penalty.

“Second, being the victim of racist abuse after doing your best for your country is disappointing.

“But my main concern was the well-being of my teammates, making sure they are okay, which I think is the most important thing we will try to do as teammates.

“It’s a character-building situation as well, so with all the experiences that happen in life and on the football field, it’s something that I believe in the future will make us a bit more resilient. .

“But again, this is something that we always talk about, it always happens and that it is also by your own fans, it is not pleasant.”

Novak Djokovic on cruise for the opening of the Olympics