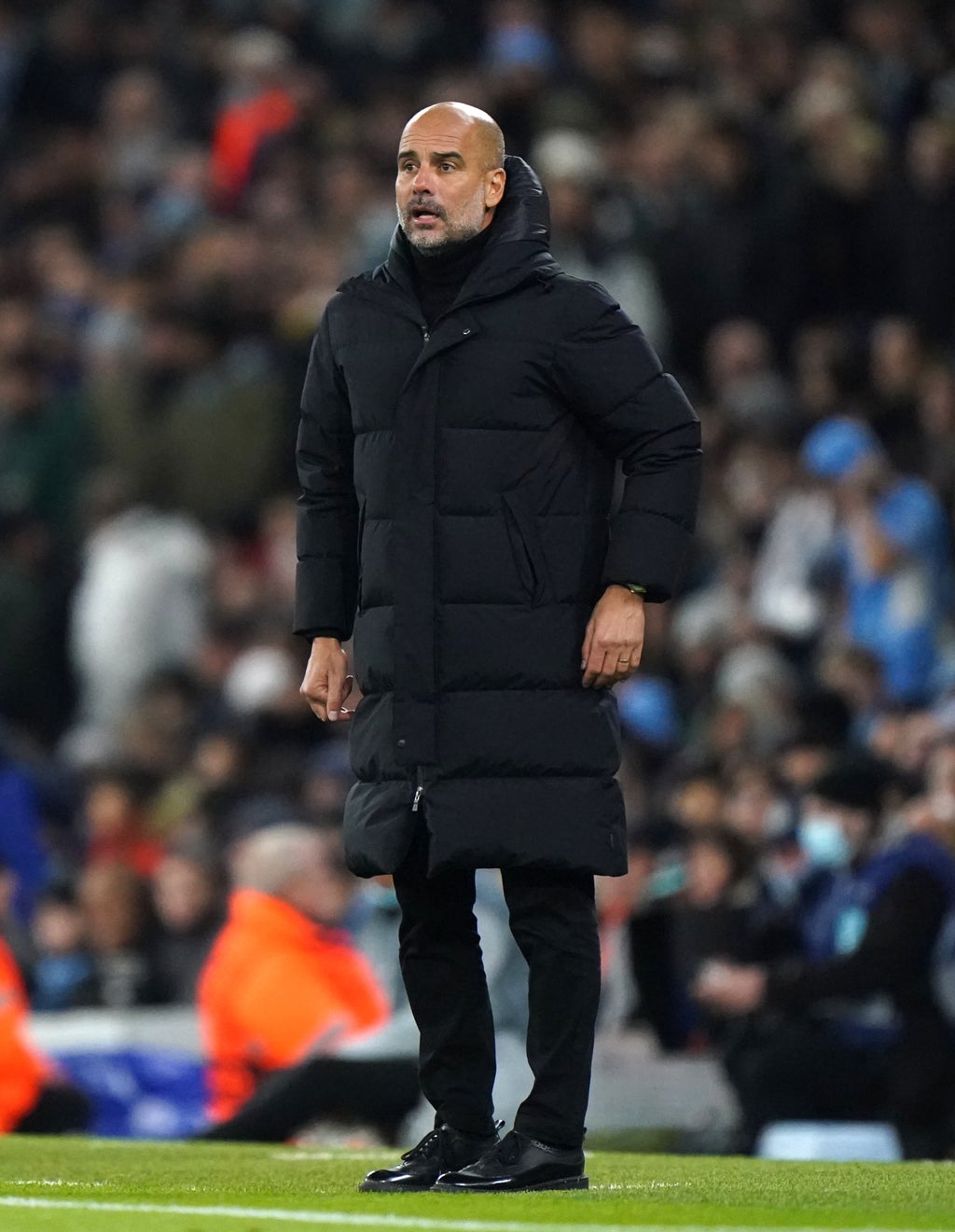 Pep Guardiola felt his Manchester City side made a real statement coming back from behind to beat Paris St Germain and reach the Champions League in the last 16.

Raheem Sterling and Gabriel Jesus struck as City responded to a Kylian Mbappe goal to claim a 2-1 victory in a thrilling Etihad Stadium clash that sealed the top spot in Group A.

City will now advance to the round of 16 for a ninth consecutive year and, having reached last year’s final, they look serious again.

When asked if the victory over such a star-studded team sent a statement, Guardiola said: “Of course.

“PSG – which team, which players, what to say?

“We tried to keep these players away from our goal. When they’re close to your goal, they can do it all.

“With the exception of five minutes after we conceded, when they (were going for the) KO on the counter attack but couldn’t finish, we had a really excellent performance.

“We are happy to be in the next step. Congratulations to everyone in the club. It’s many years of being there.

“Now we are going to focus on the Premier League and try to arrive in February in the best possible conditions to go to the quarter-finals.”

City were deprived of three creative players, Kevin De Bruyne, Jack Grealish and Phil Foden, the latter having retired on the eve of the game with a minor injury issue.

This forced a change of plan with Oleksandr Zinchenko, who mainly played as a left-back under Guardiola, drafted in an attacking midfielder role.

Guardiola said: “We know each other pretty well and they know what to do. They are pretty smart. Oleks hasn’t played much in this position but plays there for Ukraine.

“We played really well and the way we play is really good. People love to watch us and we love to play. Hopefully we can keep this going for as long as possible. “

It has been a frustrating night in Manchester for PSG boss Mauricio Pochettino in a week in which he has been heavily linked with the vacant managerial post across town at United.

He has denied that speculation about his future has unsettled the team.

The former Tottenham manager said: “The players know the situation very well – we live in a company where the rumors are there, sometimes negative, sometimes positive. That’s what they say about rumors.”

Despite the defeat, PSG will still qualify for the round of 16 as second in the group.

Pochettino said: “Credit to Man City, they are a very good team. We are disappointed but we have to look to the future.

“We are improving and I am happy in the process. Things are better than a month ago and much better than two months ago. Little by little, the team is improving. “