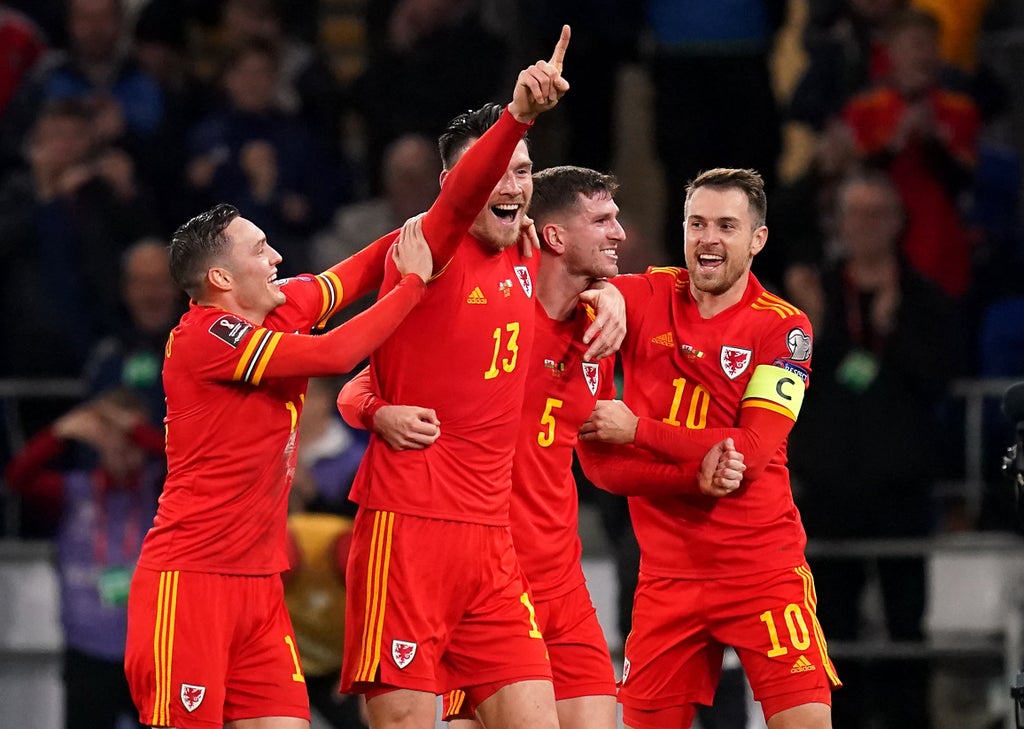 Wales face their World Cup play-off opponents on Friday, with Robert Earnshaw adamant that nothing can prepare them for such an important occasion.

Earnshaw was part of the Wales side defeated by Russia in the Euro 2004 play-offs as Mark Hughes’s side lost 1-0 in Cardiff.

Seeded Wales will have a home advantage in their 2022 World Cup qualifiers in March, along with Austria, Czech Republic, North Macedonia, Poland, Turkey and Ukraine as potential opponents of the semi-finals.

An additional draw will take place in Zurich on Friday to determine which semi-final winner will play at home in the final.

Wales, whose only appearance in the World Cup finals in 1958 came after a play-off victory against Israel, could then meet one of their seeded compatriots, Italy, Portugal, Russia. , Scotland or Sweden for a place in Qatar 2022.

“It’s different from a normal game because you know the price at the end is huge,” former Welsh striker Earnshaw said of the play-offs.

“It’s right in the front of your mind. You know what’s going on with it.

“Once you finish the group games you know there is a bit of time left until the end.

“But the play-offs are different because of the pressure, every move and everything that happens is important and it all depends on the result.

“Whoever we play, we have to be positive in our approach because we have very good players.

“It’s great that we have Aaron Ramsey and Gareth Bale because they’re great footballers.

“The only thing that is not stressed is the pressure and the weight of the nation on their shoulders always, but they deliver steadily.

“Our approach has to be fair with these great players. Before the play-offs, that’s where we can do well and qualify. “

During the qualifying campaign it became clear that Wales would be guaranteed a play-off spot thanks to their Nations League results in 2020.

But Robert Page’s side secured the home semi-final advantage last week by drawing a 1-1 draw with Belgium, the highest-ranked team in the world, and finishing second in their group.

Earnshaw said: “It makes a difference to be home, but it shouldn’t matter.

“Just go out and try to win the game. If we are unlucky, then we are just plain unlucky. This was not the case. This is not a problem.

“But let’s give everything. Let us not be cautious or hesitant in our approach.

“We also have good young players, like Harry Wilson and Dan James, who can adapt and have a big impact.

“We’re still going to be talking about Ramsey and Bale, but there’s a chance that other people will step up now and be the person making the difference.”

Earnshaw was controversially left out when Wales, after holding Russia to a goalless draw in Moscow in November 2003, lost Cardiff’s comeback.

Hughes opted for a cautious 4-5-1 formation and Earnshaw, who had already scored 20 goals for club and country that season, was kept on the bench until the 58th minute with Wales already led 1-0.

Earnshaw said: “There was pressure in and around the team and I think Mark Hughes felt it a bit.

“I think he said publicly that there were a couple of decisions he could have made differently.

“We didn’t approach the game the way we should have. If we had been left with a 4-3-3, we probably would have gotten through it.

“In terms of offense, we had Craig Bellamy, John Hartson, Ryan Giggs and I, so we had a creation and goals.

“That’s what got us there in the first place, but the playoffs were tough. The game didn’t sink for us and it was definitely one of the toughest times of my career. “

:: Robert Earnshaw speaking at the 2021 FAW and McDonald’s Grassroots Football Awards celebrating the unsung heroes of the Wales grassroots community.

Jaiswal happy to get Dhoni signing on his bat